MARK: I would like to start where all great shows start and where every episode of this show started, with a great signature tune. And Rush’s is one of the very best in the history of American broadcasting, as instantly recognizable as Bob Hope’s Thanks for the Memory or Johnny Carson’s Tonight Show theme by my great Canadian expat, Paul Anka; or Martin Block, the very first disc jockey — the man for whom the term was created — and William B. Williams and their Make Believe Ballroom theme on WNEW New York 70-80 years ago. The most famous theme in right-wing radio was written by a hard-core leftist but a sporting hard-core leftist.

Here’s how Rush recalled it just a year ago…

MUSIC: (My City Was Gone)

RUSH: This song that you’re hearing is a looped version of the intro to a song by Chrissie Hynde and The Pretenders called My City Was Gone. I’m calling attention to this because I haven’t talked about this song in many, many moons, and I don’t know how many of you know where the song is from. You so identify it with this program — understandably so, after 30-plus years. But this song is used with the permission of one of the most legendary female performers in rock, Chrissie Hynde. 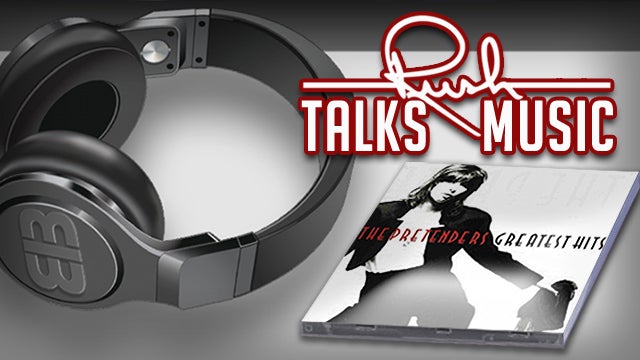 Her publishing company actually tried to take it away. I guess this was back in the early nineties when we were still doing the program out of New York. The publishing firm tried to take it away, and she interceded and told them, effectively, to pound sand; that, if I wanted to continue to use it, that I would have her permission to use it. We negotiated a price. We pay them an annual fee for the usage of the tune. I point this out because Chrissie Hynde is out today in a story in the U.K. Daily Mail, and the headline:

“The Pretenders’ Chrissie Hynde Praises Trump for Honoring Rush Limbaugh — Despite Being a LIBERAL Herself — Because Her Dad Loved the Pundit and She Believes in the ‘Right to Disagree.'” This is another reason why. She was on WPLJ in New York when Scott Shannon and the guys were asking her about this during the controversy of the song. I mean, we actually had the song taken away for a period of, I think, three weeks or a month until she interceded.

She was on PLJ in New York and they asked her about it. “I don’t care. If Rush wants to use it, fine with me,” which totally confounded her publishing company. So, we got the song back. The reason is that her dad was a huge fan of this program. Her dad’s name was Melville. His nickname was Bud, and Chrissie Hynde says that her late father, Melville, would have loved Trump’s presidency, would have absolutely adored Trump, and would have just been excited as he could be when Trump presented to me the Medal of Freedom at the State of the Union.

“Liberal rock star…” She’s a big animal rights aficionado. Of course, you know, we’ve had our fun with the animal rights activists over the course of this program’s tenure. “Liberal rock star Chrissie Hynde has shocked her fans by praising Donald Trump for honoring conservative radio icon Rush Limbaugh, saying her father ‘would have been so delighted.’ Hynde, the lead singer of The Pretenders, wrote an open letter to President Trump on Twitter Monday in which she says her late father Melville would have ‘enjoyed’ his presidency.

“She said Melville, known as ‘Bud’, was a huge fan of Limbaugh, who was given the Presidential Medal of Freedom … after he announced he had advanced lung cancer. But she admitted that she ‘didn’t always see eye-to-eye’ with her father and that they ‘argued a lot.’ The rock star, 68, who has a history of animal rights activism, goes on to say: ‘But isn’t that the American way? The right to disagree without having your head chopped off?'”

So, I wanted to let you hear the actual song here. (My City Was Gone) This is the open. I think the open, if my memory serves, it runs 24 seconds, but we’ve looped it to make it about a minute to handle the show open. I’m not gonna play the whole thing here, but I want you to hear the song that she made famous: My City Was Gone. It’s about where she grew up in Ohio, as you will hear, as the lyric line unfolds here.

HYNDE: I went back to Ohio / But my city was gone / There was no train station / There was no downtown / South Howard had disappeared / All my favorite places / My city had been pulled down / Reduced to parking spaces / Ay, oh, way to go, Ohio. 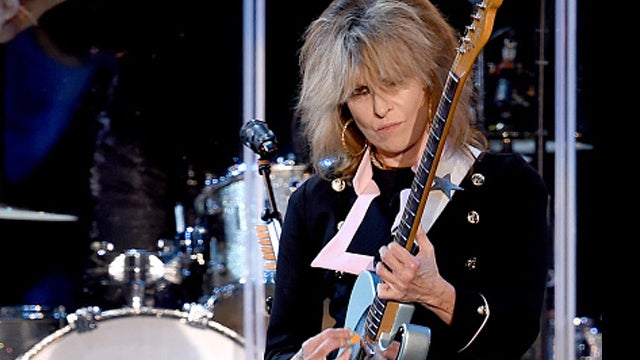 RUSH: So, I just wanted to play a portion of the song, wanted to let you know where it comes from and to thank Chrissie Hynde for her comments in the Daily Mail today. The story runs today. Her open letter to Trump is actually asking for some “leniency for Julian Assange” as well, but she points out how her dad would have loved Trump and she very much would have loved for her father to have been alive during Trump’s administration — and to have seen me get the distinguished Presidential Medal of Freedom.

So… (interruption) Well, yeah, Kathryn sent this to me. I didn’t find this on my own, and I’ve never… (interruption) No, I was not in New York. When she was at PLJ, I was not there. Our studios were right across the hall at the time, but I was not there. We had moved out of there. I think we moved down to Florida at the time this had happened. So, I have never met her. She was married, I think, to Ray Davies of the Kinks for a while and some other guys. She’s lived in London most of her life. But I wanted to call attention and thank her very much for this.

MARK: It is very nice. Unlike Rush, I actually did meet Chrissie Hynde in a greenroom over in London many years ago, and you know what she said? “This is America. We have the right to disagree.” And once upon a time, you would have found a lot of people on the left who would have subscribed to that view. Not anymore. Not anymore. And so I thank Chrissie Hynde for being a rare principled leftist.

She regarded Rush as a right-wing wacko. Rush regarded Ms. Hynde as a left-wing wacko. But somewhere deep down, I think that Chrissie understood that that great rolling riff that opens her record had found its perfect voice in Rush and the opening of the Rush Limbaugh Show, and it is one of the great matches. Great music matched to the perfect voice. They found it. I’m glad Chrissie Hynde let Rush use that.

I understand… I don’t know whether this is true. I haven’t seen her royalty returns or anything, but I understand that what sealed the deal was years ago, Rush objected to an EPA plan — because he was fonder of our furry friends than you might think. He objected to an EPA plan to use chemicals, to test chemicals on thousands and thousands of animals. I think it was something like 4,000 different chemicals.

So he actually supported PETA, the People for the Ethical Treatment of Animals, whatever they’re called. He actually supported PETA against the EPA, and so the left-wing wacko and the right-wing wacko — on this one particular issue — found themselves on the same side, and Chrissie Hynde donated all her royalties from the opening of the Rush Limbaugh Show to PETA for their campaign against the EPA’s wish to test thousands and thousands of chemicals on animals.

And, you know, it doesn’t seem like a big deal, but actually there were points of contact between left and right when Rush started this show all those years ago, and I regret that almost all of them have now been entirely severed.