Chris Christie: The Next “Next Rush Limbaugh”?

RUSH: Audio sound bite number three. This is Sibile Marcellus. This happened on WOR-TV’s New Jersey Now on Sunday. And the guests are Sibile Marcellus and a Democrat strategist named Adam Silverstein and a former New Jersey Republican State Chair Virginia Littell, and they’re talking about the future of Republican Governor Chris Christie after his term as governor ends. And they had this little back-and-forth. 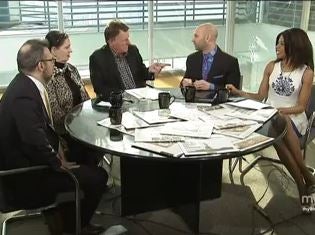 MARCELLUS: I look at Trump, I mean, that’s the best role model if you want to use TV to become president.

SILVERSTEIN: I do believe his next move is television. He’s very good in front of a camera. Power is what he wants, and the best place he’s gonna have it is being able to influence policy and influence elected officials.

SILVERSTEIN: It’s Fox News. It’s becoming a commentator on one of the cable news stations.