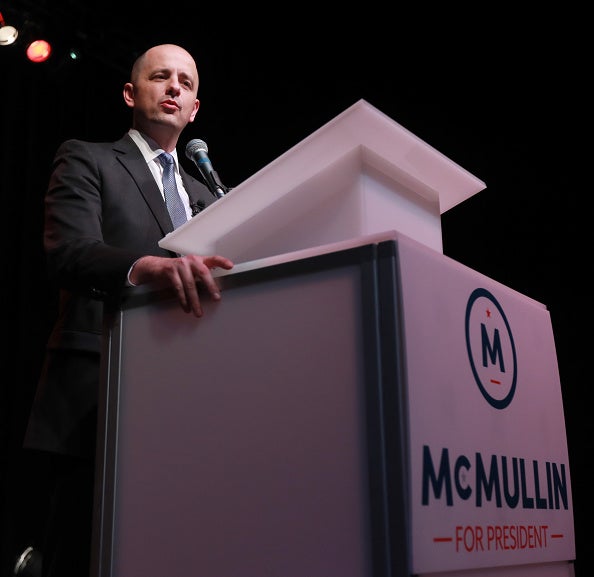 RUSH: You know this guy Evan McMullin? Wasn’t he from Utah, and wasn’t he one of the great GOP hopes to unseat Trump when they were having the primaries? Wasn’t he gonna run out there and he was gonna stop Trump from winning the nomination, stop Trump from winning Utah? (interruption) Right. I never heard of Evan McMullin before that, but Evan McMullin, apparently… (interruption) Yeah, he did. He launched a third-party run against Trump, and he’s continuing this fake news.

He’s got a tweet out there that Trump, that the president of the United States has been co-opted or corrupted or something — I forget what it is — essentially by being in bed with Russia. And he’s on CNN. All these Republicans. I just saw Republican senators… (sigh) Well… (interruption) No. I’m sitting here. How much do I want to tell you about what I know here? I saw Roy Blunt. I saw a bunch of other Republicans and (impression) Senator McCain — he was right there — all suggesting there needed to be full-fledged investigation into this Flynn business.

“Flynn needs to be brought up here, and we need to depose Flynn! We need to find out everything Flynn knew what was going on!” It is clear (and it should not be a surprise to anybody) that there’s a whole bunch of establishment Republicans who have just been waiting for what they think is the time to break away and make a move on Trump. And they’re doing it under the guise of saving the Republican Party — or, in some cases, saving America — from the incompetent boob that is Donald Trump. But here’s this fake news about Russia and Trump being in bed together during the campaign and hacking the election.

And these guys are all acting like they believe the story, which I just have… Folks, it offends me greatly. These guys have the intelligence to know that this is all fake news. They have the ability to know. This kind of stuff is used against them all the time by the media!