RUSH: Last Thursday night Jeffrey Lord was on CNN talking with Ryan Lizza and others about me, new media, and sexism. Jeffrey was telling them that he was listening to me that day last week and that I was talking about how the New York Times, Washington Post, CNN, are not the headliners of media today. That social media is where a lot of influential media is found. The axis actually is not New York-Boston anymore, but Silicon Valley in terms of social media. Here’s Ryan Lizza responding.

LIZZA: First of all, quoting Rush Limbaugh as some kind of, like, icon of modern media and what the kids are doing, is slightly ironic. 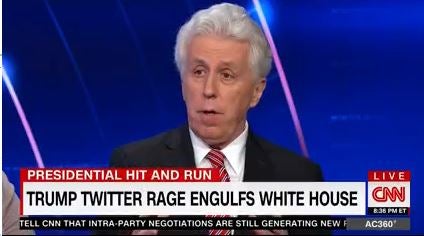 COOPER: It’s not exactly — I mean, it’s not a young demographic.

RUSH: Right. So these people, what happens here, we’re old hat. You people are a bunch of old, decrepit people in walkers and wheelchairs about to be thrown over the cliff in a Democrat ad. And you don’t have any clue what’s going on here. They’ve written this part off and this is what they do. They have no idea. They’re supposed to be media people. They’re supposed to be curious and knowledgeable of what’s happening, and they’ve written off half the country. And here’s another little bite of Ryan Lizza that will help express this gulf that I’m trying to explain. 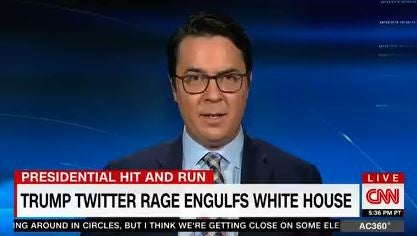 LORD: Are you telling me there’s difference between calling a woman crazy and calling a man crazy, seriously?

RUSH: In these people’s world you can call a guy crazy all day long because they’ve been the oppressors all these years. Calling a woman crazy is sexist, misogynistic and offensive. They’re victims, and you cannot be critical of them at all, you see.