The Today Show Blames Me for Dividing America, But All I Really Did Was Break Their Monopoly

RUSH: Sunday morning NBC Sunday Today show. They had their correspondent Hallie Jackson, the White House correspondent. She also hosts a show on MSNBC that Joe and Mika are not on, and she has this Sunday show that she does, which is their Sunday Today show as opposed… It’s not Sunday Meet the Press. It’s Sunday Today show. It’s before Meet the Press, and she did a report on “our increasingly polarized media culture”, and I’m just… After reading the sound bite (I have the transcript here), I wonder if she talked to Bill Gates and if he clued her in about how things were. I wonder if he’s an unnamed source. Here. Listen…

BILL CLINTON: I did not have…

HALLIE JACKSON: — under another president.

MATT LAUER: The Drudge Report is a media gossip page known for below-the-Beltway reporting. You are, you admit, a conservative and you have increasingly targeted the Clinton White House.

MATT DRUDGE: Well, I go where the stink is. 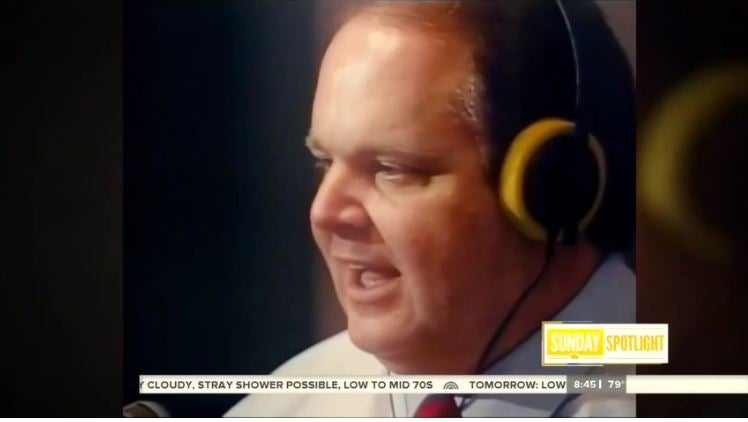 RUSH ARCHIVE: The Democrats and their fearmongering.

HALLIE JACKSON: What was once relegated to talk radio exploded on TV. The launch of Fox News in 1996 taking it to another level, fighting against what was perceived as a liberal bias in the media.

RUSH: Okay, what this story was about, Hallie Jackson at NBC trying to figure out when the country became so divided. Now, those of you who have listened regularly know that I have claimed credit for this. You have heard me say that the arrival of this program is what led to the media casting aside its precept of objectivity and becoming partisan. I’m not blaming myself. Don’t misunderstand. But I am, I think, the beginning point of this — what did she call it, the partisan — the country became so divided.

But I have long said, as a badge of honor, not as a criticism, that this program is at the beginning of, they call it a partisan divide. I think the partisanship’s always been there. What this signaled was the end of their monopoly. They look at it as the beginning of a partisan divide, but what happened their monopoly was exposed and forever blown up.

And you can hear it in her report. It started with Bill Clinton, “I did not have sex with that woman.” The Drudge Report reporting the Lewinsky scandal and then she gets a quote from me in there, and then says what was once relegated to talk radio exploded on TV. It exploded on TV in 1992, Hallie, in the form of Rush the TV Show. And it was there for four years, and 1994 to 1996, and Fox started in 1996. But it’s been a progression of things that all signal — what are you shaking your head at “no” in there, Dawn? Oh, you talking about the girls? He-he-he-he-he-he-he. 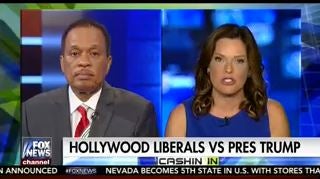 Mercedes Schlapp, nickname Mercy, she was on the Fox News Channel “Cashin’ In” show Saturday morning with Eric Bolling. Juan Williams was on and they were talking about liberal celebrity attacks on Trump. And Eric Bolling said, “Kathy Griffin, Madonna, Snoop Dogg, they’re all lefties. Where is it happening on the right?”

SCHLAPP: Rush Limbaugh would not go around saying that he would go assassinate the president. I mean, let’s be real.

WILLIAMS: Assassinate? Who said that?

RUSH: Johnny Depp did. The left wing. Time Warner bankrolling Shakespeare in the Park, where Trump was assassinated every night for six weeks. It’s not just Johnny Depp. The left has written books and done little short vignette movies about assassinating George W. Bush. And once again, for all the CNN fear running around about violence against journalists, the only people I’ve seen picking up guns is Democrats aiming at Republicans.

RUSH: No, no, no. That’s exactly right. Exactly. No, no. The media is terribly worried that Trump is going to influence people. The media will tell you, I mean, crazy Mika, Ms. Brzezinski, actually said that she worries that Trump may actually end up controlling what people think on jobs and the economy. And it’s not the president’s job, it’s the media’s job to tell people, to determine people exactly what they think.

That’s very honest. I don’t know if she intended to be that honest. She’s very worried the president intimidating the media is gonna lead to people believing what the president says instead of what the media says, and it’s the media’s job to control what people think. She used the word “control.” She worries that Trump is acing them on this and her fear is rational, but her philosophy is off course, all wet.