RUSH: We just told you about Jody Allard, the feminist writer who compares her own sons to rapists. They’re teenagers. She says they’re not safe because they have penises, and because they have penises they are prone to rape women, and she writes about them this way. And they’ve gotten old enough now that they’re able to find out that she’s writing this way about them, and they don’t like their mother. And she thinks that’s their problem.

Ready for a new word? Stand by. “Academics and scholars must be mindful –” Now, see, another thing. The Post treats this as legitimately inspired, legitimately serious. The Post does not mock this at all. The Post thinks, wow, this is cutting edge. This is something that we need to be on the right side of so that our readers realize that we are hip and with it.

“Academics and scholars must be mindful about using research done by only straight, white men, according to two scientists –” Scientists, you see. Yes, scientists, you can’t argue with scientists, lab coats and they look official and they think global warming is — can’t argue with scientists. Like Stephen Hawking, who says if we don’t fix climate change, the world is gonna be 480 degrees in 80 years. Scientists. “– according to two scientists who argued that it oppresses diverse voices and bolsters the status of already privileged and established white male scholars.”

Do you know what a cis is, folks? Do you even know that? Snerdley, do you know what a cisgender is? A cisgender is a person whose gender identity matches their birth sex. This is how convoluted this is. You’re born a man and you think you’re a man, you’re a cis. C-I-S, cisgendered. You have to be labeled. You can’t just be a man because some men identify as women. That means they’re not cisgendered. They’re transgendered. Transgender versus cisgendered. Heterosexual versus homosexual. Breeder versus gay. I mean, it’s not s-i-s-s-y gender, it’s c-i-s, cisgender.

Folks, this is insane. This is literal cockamamie. We have to stop promoting the work of straight white men because it promotes white heteromasculinity, essentially. We’ve got to stop white masculinity because it is a system of oppression and it benefits only those who are white, male, able-bodied, economically privileged, heterosexual, and cisgendered. 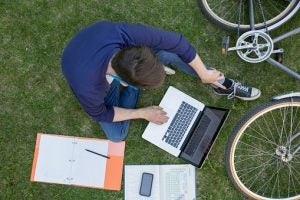 Now, what is it about all of those characteristics that the left despises? Who are these people that were white, male, able-bodied, that’s bad. See, able-bodied is bad, because not everybody is, it’s unfair. We should stop benefiting those who can take care of themselves, it’s not fair. It is actually discriminatory if you are self-reliant. If you’re able-bodied, if you’re able to do things, take care of yourself, you are discriminatory. And you are part of white heteromasculinity. Economically privileged, heterosexual, cisgendered. All of this, this defines normal!

“Mott, a professor at Rutgers University in New Jersey, and Cockayne, who teaches at the University of Waterloo in Ontario, argued that scholars or researchers disproportionately cite the work of white men, thereby unfairly adding credence to the body of knowledge they offer while ignoring the voices of other groups, like women and black male academics. Although citation seems like a mundane practice, the feminist professors argue that citing someone’s work has implications on his or her ability to be hired, get promoted and obtain tenured status, among others.”

“‘This important research has drawn direct attention to the continued underrepresentation and marginalization of women, people of color. … To cite narrowly, to only cite white men … or to only cite established scholars, does a disservice not only to researchers and writers who are othered by white heteromasculinism.'”

What does othered mean? You know you’re an other? Who are othered, researchers and writers who are othered by white heteromasculinism. In other words, these white heteromasculine types, they “other” everybody else. They turn ’em into others because they’re normal, and the others aren’t. They’re discriminating. They’re creating this group of people that are isolated, not normal. These are the words of these two scholars, these geographers who are scholars.

“Mott and Cockayne did not immediately respond to questions from The Washington Post, but Mott told Campus Reform last week that they decided to write about citation practices after observing that research done by white men are relied upon more heavily than those done by experts from other backgrounds.”