RUSH: Well, get this, folks. A news alert just hit me here: “The GOP health care effort has suffered another setback as three Republican senators have now come out against McConnell’s repeal-only idea.” Yep, I’m getting it on my watch. I just got the alert on my Apple Watch. (interruption) Yes. You saw me reading the watch. It’s right there. (interruption) Wait a minute, now! Forget the watch! Three Republican senators have already come out and said, “We’re not gonna vote to repeal this thing. Repeal only? We’re not gonna do it.” I don’t have the names yet.

It’s just the alert. (interruption) Well, it has to be Murkowski and Collins. Look, it has to be Murkowski and Collins and maybe the other Republican woman in there. I’ve got a story coming. There’s a story at TheWeek.com, the website. I’ve got it here. “Why the GOP Congress Will Be the Most Unproductive in 164 Years.” It’s a fairly leftist piece, but it’s got some salient points to it, and I will share those with you when I get to this, hopefully in this half hour. Certainly before the end of the program. They don’t want to do this!

That’s why there’s a disconnect between us and the people we vote for.

Once they get there, they see everything through the eyes of the people that run that town. So Trump may have even known this was gonna happen a half hour ago when he said, “I’m gonna sit back; I’m gonna let it fail. I’m gonna let it implode. Whatever pain happens, I’m not owning it.”

RUSH: Ashland, Kentucky, next. This is Laura. It’s great to have you here. Hi.

CALLER: Hi, Rush. Can’t believe I’m talking to you. But, anyway, this morning I was thinking of a word picture, and it so happens you are talking about the exact thing I was thinking about, ’cause I was so mad when I heard we’re not repealing Obamacare. They can’t get it done. And here’s what it looks like to me.

CALLER: Right. And so say this patient called America supposedly, I don’t know that we do go to Congress and say “fix it,” but suppose America did go to the doctor and I say, “Hey, I’ve got a splinter in my finger,” and they prescribe this big regimen or drug called Obamacare, which is gonna take care of your splinter, or take care of your earache. But suddenly your ear falls off, suddenly your arm falls off, suddenly you can’t walk, you can’t breathe, you can’t get out of bed, and the patient is dying, the doctor’s looking at America —

RUSH: Well, Obamacare accommodated for that, is gonna give you a pill to make you feel better while you die.

CALLER: Oh, yeah, right. But I think that’s unconscionable for a doctor, if a doctor knew his patient had walked in with a minor issue and he had prescribed for them something way over the top —

RUSH: We have been blessed today with really good callers. Yours is an excellent point, too, that I want to expand on because I’m out of time now, but she framed this in a very simple, accurate, understandable way. Now, when you said back in 2008 and 2009 that we had our jobs, we had our health care, 270 million, whatever, it was affordable, we had disposable income. Not altogether true, but I get your point.

We were moderately okay. There was not a disaster, there was not a calamity, and yet we had emergency surgery for something we didn’t need, and now the entire patient is terminal. It’s a good analogy. We’ll be back here. I gotta take a break.

RUSH: Here’s McConnell. This is after the three Republican senators have said they will not vote for a flat, straight, nothing but repeal of Obamacare. Mitch McConnell just moments ago on Capitol Hill. 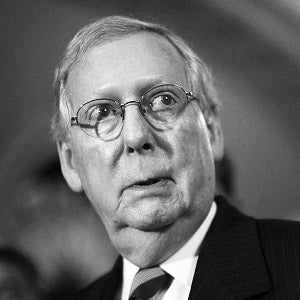 MCCONNELL: Sometime in the near future we’ll have a vote on repealing Obamacare, essentially the same vote that we had in 2015. I would remind everyone that in that proposal there’s a two-year delay, a two-year delay which would give us the opportunity to work out a complete replacement on a bipartisan basis with our Democratic friends.

RUSH: Yeah, right, Democratic friends. You know, I cringe every time these people say, “our Democratic friends.” Chuck Schumer, if he is your friend, it’s a problem. I mean, it shouldn’t be, but we know it is. Does Mitch know that Murkowski, Capito, and Collins have already said that they’re not gonna vote for this? (interruption) Are you sure? Well, I know it was in the news, but that kills it, three female senators kills the repeal.

And yet he goes out and says we’re gonna bring it up for a vote. We’re gonna repeal it, and part of that vote, a two-year delay on the replacement, two years to come up with a replacement for Obamacare. Fine. Fine. You know what I keep circling back to? Is there anybody in Washington that knows how to do health care?