A Marine Corps Veteran Still Fighting to Save Her Country

RUSH: This is Jody in Stamford, Connecticut. Welcome, great to have you here. 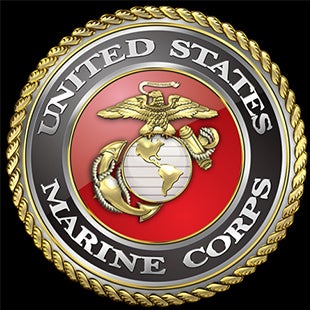 CALLER: Thank you, Rush. It’s quite an honor. I’m a United States Marine Corps veteran. I served under Reagan. My son is serving in the Air Force under Trump. I’ve been watching and listening to politics since I was 15, and what I’ve began to see is something you’ve been hitting on, and I think you’re right about it. This is no longer a president who the Congress and the Republicans and the Democrats support. This is actually patriots versus progressives.

We’re no longer two, Democrat-Republican Party or Independent. That’s just to keep the people divided. Even this universal income you’re talking about, it’s to keep the people sheeple. It’s to keep them weak, “we’re gonna give you, we’re gonna take care of you,” the government leads. It’s not how it was supposed to be set up by our forefathers. We are supposed to be patriots of our country, one people who serve a country together.

There are gonna be poor. There are gonna be rich. If you don’t have rich, you don’t have people hiring the poor. I mean, it’s so simple that it’s kind of a shame that people can’t see it. But they play with us by promising all these things. Basically this universal income is Obama phone. And, you know, we, the people sit here and we think we can only have a voice every two years with our, you know, Republican or senators or House and every four years on a president.

The truth is we need to get on the phones now and start being patriots of this country, because it’s no longer two party. It’s patriots versus progressives. They’re in the media, they’re in Hollywood, and they’re in Washington. As long as they have good health care, as long as they’re living in huge houses and they’re fine, they’re the elites, they’re taken care of.

Meanwhile, back at the ranch, America is struggling to stay America and to support ourselves. And we need to wake up. It’s not so difficult. It’s easy to see. And I don’t understand why people are blinded to it. And you’re hitting on it, and you’re saying some things, and I’ve been so like, “Go, Rush. Say it. Say some more. Let it out.” So we see the truth. Many of us see the truth.

RUSH: It’s not about that at all.

RUSH: You’re right. Now, you phrase it as progressives versus patriots. I’ve been trying to explain it as insiders versus a sole outsider who they —

RUSH: — cannot tolerate and allow to succeed. But it’s —

RUSH: — six of one, half dozen of the other. The position of Republicans versus Democrats in the Drive-By Media is to convince people it’s the same old argument that they’re tired of and —

RUSH: — you could basically ignore it. There’s nothing new to see here other than this guy is such a rotten president that not even the Republicans can support him.

RUSH: But that’s not what’s going on here.

CALLER: That’s not what’s going on. Even this ridiculous — you know, they come up with all these, oh, we worry about the environment. This is all smoke and mirrors. They’re shaking their right hand while they’re doing a lot of stuff with their left hand. And a lot of your average Americans aren’t paying attention.

RUSH: — growth is destroying the planet. So they are essentially telling us, if we want to listen, that they are for economic stagnation to save the planet. In my world that makes them ripe for defeat.

CALLER: Exactly. It’s not even to save the planet. The truth is they don’t want us to succeed because that gives us our independence. That is what we came to America for, through the (unintelligible) no more taxes. We’re gonna be our own people. We’ve got our own Constitution. We’ve got our own president. What they’re trying to do is walk us all the way back to the beginning where we’re actually involved in human slavery without even knowing it.

But they do it in a way where if you put a cage out and you keep putting food in it, eventually the animal’s gonna keep going in and one day you can drop the door and he’s locked in for good. And people don’t even see this is what they’re doing. They are setting this up by giving us universal income, you can have Obamacare, you can keep your doctor, but you really can’t. But they can’t even see through the lies because they’re so busy, “Gimme, gimme, I want.” They’ve become a very selfish and self-focused generation. They don’t care about our neighbor. It’s a shame.

As an American veteran who has, like I said, my son’s serving now, I served one of the greatest presidents and my son is now serving the next great president. I’ve been with Trump from day one. I didn’t trust any of the other ones. And I’m watching this unfold, and I’m going, why can’t people see it? And I hear you saying things that I’m going, “Come on, pick it out, pick it out,” ’cause you’re saying it, you’re starting to say it. And we, the people, see the truth, those of us paying attention. This is a patriotic country. I love this country, this flag. If I wasn’t a 55-year-old grandma I would be back in the Marine Corps right now fighting for this country and its people, because we are a great nation.

CALLER: I am. I call, I make all these phone calls to senators. This is the thing, Rush. I really believe that we need to get on the phones. We, the people, have a voice, not just every four years. We have a voice. We have to get up and start talking, start saying no. You Democrats keep this up, you Republicans who are really Democrats ’cause you’re all just progressives, cut it out or get out. It’s time for America. We may have to have a revolution.

RUSH: You know, telling ’em to cut it out might work. That’s what Obama told Putin, just cut it out.

CALLER: We know Obama and Hillary and Putin and Soros, they’re all in bed together. Most of the media’s in bed. The blackmail that goes on. We send these people to Washington, they get tricked by prostitutes and drugs and alcohol and they get blackmailed. People with good intentions go places and end up feeling suffocated. We, the people, have to start taking back our voice, because if we keep leaving it to one representative instead of us representing our nation, then we’re gonna get totally screwed out of our nation. It’s not gonna be what we know. And we know that there’s people who don’t want borders anymore because what they really want is this new world society where it’s just one currency —

RUSH: She’s right, folks. The people she’s talking about think nation states are an old-fashioned idea that no longer work and they’re discriminatory and they cause poverty because people living outside certain borders are disadvantaged so get rid of the borders and let anybody go wherever they want. You’re exactly right. Jody, I have to run because of time, but that’s so well said. I’m sure you got people standing up and cheering out there, as well you should. You heard her. She thinks you should be calling Democrats and Republican senators left and right and telling them what you think.