How Trump Can Get Rid of Mueller

RUSH: Here we go. Kurt Schlichter at Townhall. We quoted him last week on another piece that he had written. Title here: “Trump Needs To Be Smart About How He Fires Mueller.”

Here’s the open: “Trump must eventually fire Robert Mueller, a partisan tool carrying water for his Establishment pals as he oversees an utterly corrupt ‘investigation’ where the only person we actually know committed any wrongdoing is his bestest buddy Jim Comey. But Trump can’t just lash out and do it, though it is well within his political and moral right to do so. No, he’s got to do it cleverly, with cunning,” and guile, “in a way that shows the American people exactly why Mueller’s witch hunt is a flaming dumpster fire of conflicts of interest and contempt for the right of normal Americans to have a say in their own governance.

“Trump needs to seize the initiative from Leaky Bob.” Not to be confused with Pat “Leaky” Leahy. This is leaky Bob Mueller. Schlichter writes, “You know, I keep hearing how Mueller was this squared-away Marine officer, but through these incessant leaks his organization demonstrates a complete lack of both integrity and discipline. Mueller seems unwilling or unable to exercise any kind of leadership over his team of Hillary donors, or to instill a culture of seriousness and impartiality. The continuing misconduct of his out-of-control, ever-expanding fiefdom demonstrates that he must be relieved of command. And here’s the letter the president should send to him to set the stage to do it.

“‘Dear Mr. Mueller: I write in my capacity as the President, and to you in your capacity as a subordinate executive branch,’ peon, ‘officer.’ [This is where the president clarifies who works for whom – and whom the American people elected. Hint: It wasn’t the Menschian Suddenly-Aware-That-Russia-Is-Bad Gang.]”

You know, Jared Kushner said something yesterday when he came out of his meeting, that all of this is a direct slap at the people that elected Trump. This is too. These people in this investigation to get rid of Trump, which is all this is about, getting rid of Trump, they are openly admitting that as far as they’re concerned, the vote of the American people really doesn’t matter if it goes against their wishes. 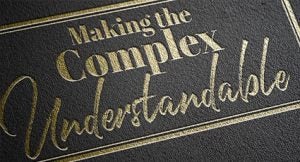 Your votes for Trump don’t matter. Your votes for Trump, the fact that a majority of Americans elected Trump, not a factor. In their minds, you don’t even rate. Back to the letter. This is the suggested letter from Kurt Schlichter that Trump should send to Mueller.

“‘You were appointed to investigate the baseless and politically motivated claims of collusion with Russia. While I am frustrated at the partisan innuendo and improper leaks, I respect this process. Yet these false claims have interfered with my administration’s ability to deliver on the promises I made to the tens of millions of Americans who voted for me last November.’

“[This is where the President makes clear that he will not let these bogus charges derail the policies the American people voted for. You establishment creeps want to go back to business as usual? Win an election.]”

That’s how you can get business back to usual. But you don’t sit around and pout and have a temper tantrums and turn the Constitution upside down because you lost an election with a hapless, horrible candidate.

Anyway, the money pull quote here is: “Mueller has to go, sooner or later, but the President must first set the stage and make sure the American people understand exactly how much of an utter scam this whole thing is before he acts. Impeachment … is a political act. To pull off their unbelievably dangerous and destructive coup, the establishment needs to get a bunch of Republicans and the House and Senate to go along.

“Some of the RINOs are itching to, but they are cowards and they can be controlled by fear of voter backlash. By appealing to the people and making his case to them, the President will ensure that the people will tell their elected representatives, ‘Oh, hell no.’ And the coup will sputter then peter out in pathetic failure, much like a Fredocon watching Cinemax at midnight without his Viagra.”

Now, I’m not so sure that these people give a rat’s rear end anymore about the opinion of the voters. I think that is obvious here in watching all of this. I think you people who voted for Trump are as despised as he is. I think if that’s not the case, you nevertheless are still held in contempt and your vote is not respected.

You are either a dupe or an idiot or a nativist or a racist bigot or a nationalist. You’re something that’s unflattering. You’re not prescient. You are not a visionary. You are a reactionary, and you fell for the campaign of a huckster. Your vote in majority electing Trump is not respected. That is obvious watching these people conduct their affairs.