RUSH: “Climate Change is Killing Us Right Now.” This is a story I’ve been holding onto. It’s a week old, July 20th, New Republic, Emily Atkin is the infobabe that wrote it. And it’s typical. The New Republic is a respected Journal of liberal opinion. By the way, Algore’s got his sequel to An Inconvenient Lie, whatever it is. And CNN is doing a town hall meeting and discussion with Algore on Tuesday night, and it’s all psychobabble. It is all propaganda.

I saw one little video clip and I just had to laugh. It’s Algore in a helicopter flying over a snow pack. So here’s this global warming expert claiming to see fish swimming in the center of the streets in Miami, flying over an iceberg or some such thing, and looking out with a concerned expression on his face. Oh, he’s very, very worried, Algore is. He gazes out the window of the chopper. And I’m thinking, “How many people buy this?”

How many people really think this is real? What’s he doing? Is he examining the damage? Is he filing exhaustive reports on how we’re destroying the planet so we can chronicle it for everybody? Take a look at what’s happened to Algore’s net worth since he began this crusade. You would be stunned that 90% of his wealth has come from this hoax.

Anyway, this story, “Climate Change is Killing Us Right Now — The most obvious effect of global warming is not a doomsday scenario. Extreme heat is happening today, and wreaking havoc on vulnerable bodies.” Now, they’ve told me, the global warming scientists, say that climate is not day-to-day weather. We cannot measure climate change by simply observing day-to-day meteorological data. And yet they do.

If it happens to reach a hundred degrees in July, this is said to be abnormal and brought about by climate change. But it does happen to be true that day-to-day weather, pick a spot on the planet, wherever you want to pick, day-to-day weather cannot in any way give you an insight into the climate of the planet. 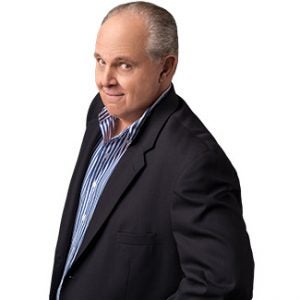 The climate of the planet is so complex that I don’t think anybody can really predict it, explain it. We know that five-day weather forecasts have very little confidence behind them. Five-day weather forecasts are marketing tools. And people look at it just to have some sort of measure to go by. But even meteorologists will tell you five-day forecasts don’t inspire a lot of confidence and yet here we’re getting 50 year and hundred year predictions on climate, with certainty, ontological certitude?

Twenty days a year in much of the USA it is hot. July, August, it’s traditionally hot. And they focus on those days as killer days. And yet pick any date you want, and I’ll guarantee you the record high for the date is gonna be in the 1930s, the 1940s. It’s not gonna be in the last 10 years, guaranteed, few exceptions.