Submissive Wife: Attacks on Masculinity Are the Downfall of Society

RUSH: Angela in New Iberia, Louisiana, great to have you. I’m glad you called. How are you doing?

CALLER: I’m doing well, Rush, and I just want to say it is such an honor to be able to speak to you this morning. And thank you so, so much for being a beacon of truth and logic.

CALLER: I was listening to you while I was running errands today, and the thing with Princeton, can it get more ridiculous?

RUSH: Yeah. I wonder, like I said, would Princeton create a position to teach gays not to act gay? Can you imagine?

CALLER: Exactly. They would never do that.

RUSH: But men acting as men is a problem. We need a commissioner. We need somebody to step in here and stop it. We need educational seminars. We need rehab. We need any number of things to get this masculinity off of our campus.

CALLER: It’s terrible. And I believe that’s the downfall of our society. Men aren’t allowed to be real men. Women are looked down on who want to be feminine women, that are submissive to their husbands, that take care of their families. And no one can control the children.

RUSH: Hang on a minute. Can you hold on through the break? I hope you can, because I’ve gotta go right now. Don’t go away.

RUSH: I want to go back to Angela in New Iberia, Louisiana. We had not much time and she had to really race through her point. She was calling in reaction to the news from Princeton that they’re setting up a person to guard against and advise against and to rehabilitate men that are too masculine on campus. “Princeton University’s ‘Men’s Engagement Manager’ to Battle Aggressive Masculinity,” which Angela here thinks they’re essentially going after men who behave as designed. Correct?

RUSH: So run through that again, your litany of things, ’cause I didn’t get a chance to react to you and —

RUSH: Now, okay, some of that you might be painting with a little bit of a broad brush, but I nevertheless get the point. There is an assault so what you and I would call normal male behavior.

RUSH: It’s manifesting itself now as an assault on masculinity.

RUSH: But there has been a backlash to this. Angela, there are a lot of women — college age and recent graduates — who have grown up and lived under this foolishness, and they don’t want the kind of men that end up being pajama boys. Liberal women do. I mean, those are “real” men to them. But a lot of women are rejecting it. For public consumption is one thing. But when it really matters, they want a man.

RUSH: There’s a dearth of them. You’re right. I’ve seen story after story, women can’t find men. There’s not enough choose from. There’s a shortage of these kind of men. Because men will always do what they think they have to do to attract women.

RUSH: And if the news tells them that you gotta be more like a Pajama Boy and not be masculine, that’s what men will do. They’ll try to act whatever way they think they have to to get women because that’s the pursuit, and that’s how stuff works on men. Of course, you have some men who say, “Screw that! I’m gonna keep going. I’m not turn myself into whatever they want in men.” Those are the men that women actually end up with after experimenting with this liberal playground stuff, and there aren’t very many of them on balance. Because, as I say, men will readily do what they think they have to do to attract women or to be approved by women, whatever.

RUSH: Now, your bit about the kids. What do you mean the kids are running everything?

RUSH: You really think it’s most?

RUSH: Why do you think that’s happened?

CALLER: Why do I think it’s happened?

CALLER: Um, probably because of the way that everything is just out of Bible order.

CALLER: Again, the husband is not the head of the house.

CALLER: The woman is not submissive to the husband.

RUSH: What do you mean by “submissive”? I guarantee you that there are a lot of women who are not feminists in the sense that we’re talking, who when they hear you say “submissive,” that’s not okay. They don’t want to be submissive.

RUSH: What do you mean by “submissive”?

CALLER: I believe that the husband should be the head of the house and responsible for the family, and that the woman should do whatever her husband wants her to do.

RUSH: You know what I’ve always believed? I know that’s biblical, and it’s biblical in a sense of assigning responsibility.

RUSH: It’s not… The way you mean it is not a put-down of women. The man’s, the husband’s responsibility is X; the wife’s is X.

RUSH: It’s like in the Bible humans have been given dominion over the animals.

RUSH: We name them. We are allowed to capture them, cage them, use them, test them, whatever. Your belief is the same thing with families, that the father is the head of the household.

RUSH: You know, in practice, I have found — and not just my own experience. I’ve always believed that in a civilized society that the women of households have much more power than sometimes they realize, but than many others do. I mean, women — because of the biological nature, creation, pursuit and all this. Women have so much power over men. The problem with feminism — and I mean in a good way.

CALLER: Exactly. I agree with you, Rush.

RUSH: It’s just… (sigh) The household’s gonna run the way the woman wants it to run. Now, there are exceptions to all this. I mean, some women are unhappy at home and want to be out working, and some don’t want to have kids right off the bat. But on balance here, virtually… (sigh) I don’t want to give stuff away here, but how many times…? Every time I call a guy I know who is married and say, “Hey, you wanna go out?” he says, “I gotta check with the wife first.” It’s a matter of respect, it’s a power situation, and I don’t find anything wrong with it. This is what I mean by the basic human nature that the feminists and leftists don’t like and are trying to basically alter. When you say “submissive,” you don’t mean dominated and dominating.

CALLER: No, Rush, I don’t. My husband… I try to submit to my husband and do whatever it is that he wishes me to do. But my husband is not a dominating, hateful man.

RUSH: Well, what if he wants you to do something you don’t want to do?

CALLER: I would talk to him about it. We’d discuss it.

RUSH: So you’re not a prisoner.

RUSH: All right. I just want people to understand that.

RUSH: I think a lot of people don’t understand religious people who are devout believers when they start talking about this.

RUSH: The terms confuse them and they maybe think you mean something that you don’t.

CALLER: No. I mean, really, Rush, I have tried… We’re gonna married 27 years in September, and I have tried to just mold my life around him, whatever. You know, to make him happy, to help him. 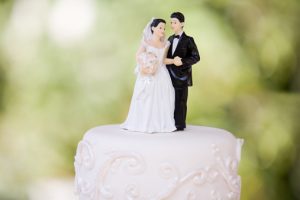 RUSH: What happens when he’s not happy?

CALLER: Ohhhh. If he’s not happy and there’s nothing I can do about it, I leave him alone and let him work it out. But what I mean is, I take care of him, I take care of him. I look out for his needs and I try to make him as happy as he can be.

RUSH: Whoa, whoa, whoa. Does he do the same for you?

RUSH: So it’s not a one-way street with you.

RUSH: Some people might think you’re painting a picture here where you might be a subservient wife with no power.

CALLER: No. Although I would do that for him if he asked me to.

RUSH: May I — you don’t have to answer this, and I’m asking just for the study aspects. How old are you?

RUSH: Forty-eight, I’m telling you, there are a lot of men listening to this saying, “If only.” Don’t doubt me on this. Did you and your husband go to college?

CALLER: We went to a private Christian college.

RUSH: A-ha. A-ha. Well, I’m glad, Angela, that you were able to hold on through the break there, ’cause I knew I wanted you to explain this. Her basic belief is because these things have broken down, that the culture’s in trouble. And when the kids start running the show that is a problem ’cause the kids haven’t lived long enough to have accrued enough experience to know right and wrong.

RUSH: Better than their parents do.

RUSH: But, yeah, Mr. Snerdley wants to know if your husband realizes how lucky he is?

CALLER: He tells me all the time.

RUSH: That he appreciates you?

RUSH: And you two have never contemplated divorce after a big knock-down, drag-out?

RUSH: Never. And how many children do you have?

CALLER: We have one daughter.

RUSH: How old is she?

CALLER: She’s grown. I homeschooled her.

RUSH: The Rush Revere Time-Travel Adventures With Exceptional Americans, we are huge in the homeschool movement.

CALLER: I buy your books for my nieces and nephews.

RUSH: We’ve had such a great experience with the homeschool community nationwide. We are deeply involved with them because they’re totally devoted to teaching the truth of American history. In fact, the Adventures of Rush Revere series has been named as one of the top back-to-homeschool resources of 2017 by the homeschool.com group.

CALLER: Congratulations, Rush. We love the books. We really do.

RUSH: We are extremely proud of that. I’ll tell you what, Angela, since you give these books away, we want to give you some other things to give away. If you would hang on, so Mr. Snerdley can get a mailing address or shipping address from you. I would like to send you a bunch of Revere stuff that you can add to whatever you are giving away. That’s Angela. She is in New Iberia, Louisiana, and I just thought of this during the middle of the call. Sandy Posey, ’66.

RUSH: No price too great to pay. Sandy Posey, daughter of Jim Posey. I don’t know who Jim Posey was, and that’s from 1966.