RUSH: I have this story I had late last week. I didn’t get a chance to get into it. But this story goes back, on this program, to the early nineties. Here is the headline: “Scientists in Oregon Take First Step Towards Designer Babies by Editing Human Embryo DNA.” I remember discussing this way, way back during the era of AIDS, in fact. It was in the late eighties-early nineties when AIDS was a top-line political issue in America, and I’ll tell you how I brought it up to people.

Because there were rumblings that scientists were messing around with the genetic code. And it was already speculated back then (we’re talking 25 years ago) that at some point in the future, it’s gonna be possible for a couple to go to the doctor and the OB/GYN and whoever else to tell the parents — based on a genealogical examination — “Your child is likely to be redheaded, tends to overweight, and will be freckle-faced.” I said, “How many parents are gonna say, ‘To hell with that! We’re aborting’?”

Remember this, Mr. Snerdley? You were there for this. And people back then said, “Rush, they’re never gonna be able to tell people that. That’s never gonna happen.” I said, “Okay, but imagine if it could. I’m trying to do a think piece here.” I gave them another example. The militant gay community has always been pro-left, pro-Democrat. They give a lot of money. They raise a lot of money, and they are almost uniformly, I’m talking about the militant, politically active gay community, they’re dyed-in-the-wool leftists. 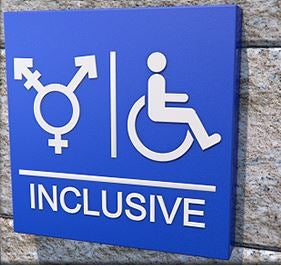 They support Democrats and they are totally pro-choice. And I asked the question, “What if down the road there is a gene discovered that identifies homosexuality?” And I brought this up because gay people, I have learned over the years if you dare make the mistake of saying it’s a choice they come back at you, “No way, it’s not a choice. I didn’t choose. I knew when I was three, no way, it’s not a choice. I knew when I was 4.” Just like the transgender crowd is now saying, “My daughter knew that she was a little boy at age 4 when she started playing with GI Joe.” We’re hearing this now, right?

Well, we heard it back then 25 years ago, “I knew that I was gonna be gay. I knew that I was gay when I was five or six.” It was a way of shutting off debate. But the primary point was that members of the militant gay community were hell-bent on everybody knowing they didn’t choose it. But then if you said, “Well, right, who would?” Then they got mad at you. You couldn’t win with this. “We didn’t choose this. This is natural. This is who I am, God created me, it’s not a choice.” And, you know, there were smart alecks who said, “Yeah, I can imagine, who would?” And then those people got tarred and feathered.

Well, I said, “What if down the road scientists are able to tell a pregnant couple that their child has the homosexual gene? What do you think’s gonna happen?” My prediction was that the pro-choice community would lose the entire homosexual contingent, and they would become the biggest bunch of pro-lifers that you have ever seen. If it gets to the point that parents could be told that their child has the gay gene, if there is such a thing, or the freckle face gene or the overweight gene or whatever can be identified, and now it’s happening!

In Oregon, they’ve taken the first steps toward designer babies by editing human embryo DNA. The topic of editing human DNA is one that’s led to heated debate within the scientific research and medical communities for quite a while. The technology exists, but what are the ethical and moral implications of meddling with the very fabric of what makes us who we are?

The soul is the single most animating characteristic of humanity. However many gazillions of us there will be, no two are alike, not even identical twins, when talking about the soul. You can’t even come to an agreement on where it is, if you want to try to peg its physical location in the body. Is it in the heart? Is it in the brain? Where is it? Nobody knows. Nobody knows what happens to the soul when the body dies. It’s a big, big bone of contention for many people who do not believe in the God of creation.

And can the soul be changed? Can it be educated? Where does morality exist in the human mind or body? Where does the sense of right and wrong exist? We’re the only living creatures that have it. There’s not a single animal out there that understands the concept of morality. There’s not a single animal that even knows what it is. Does a fish know that it’s in water? No, because a fish doesn’t know what water is. And yet they tell us that dolphins are smarter than we are and if they had hands, there would be undersea hospitals for other fish.

So you see, it is the surface characteristics here to these DNA embryo editors that determines who and what we are. It says here, “Those questions have led scientists in the US to be hesitant to follow in the footsteps of their international colleagues who have been dabbling in DNA editing for several years — until now.” Now they’re interested. “First reported by MIT Technology Review, the first attempt at editing the genes of human embryos in the US has been carried out by researchers in Portland, Oregon. Pioneered by scientists elsewhere in the world, primarily in China, the gene editing technique known as CRISPR (short for ‘clustered regularly interspaced short palindromic repeats'”) —

What do you think they’re modifying, folks?