Kimberley Strassel Always Comes Up with a Unique Take

RUSH: Now, I mentioned Kimberley Strassel. She’s at the Wall Street Journal. We’ve interviewed her for The Limbaugh Letter, an issue earlier this year. She’s excellent. She’s one of these people that, despite everybody who’s talking about this, including me, she always ends up with a unique take. Do you realize how hard that is to do? 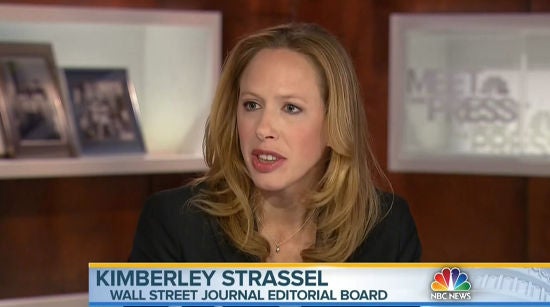 I mean, how many pundits are there out there now and how many commentators and how many people writing and publishing on the internet and people, you know, offering their thoughts on Facebook and Twitter? And yet when you tune in to Kimberley Strassel, the odds are you’ll get a take on it that you haven’t seen anywhere else. And she titles her piece, “The Coming Russia Bombshells.” It’s in the Wall Street Journal.

This is an opposition research firm. This is a bunch of people that run around and does everything they can to find dirt on the opponents of Democrats. They are exclusively dirt diggers, and in the case of this dossier, they simply made it up. And they hired Russians to provide the phony intel. And they were hired by a law firm working exclusively with the Clinton campaign and the Democrat National Committee. And one of the members of this law firm has worked in the Obama administration, the Clinton administration. These people are inseparable. They are entirely linked together.

And that’s why Strassel here says that the Fusion GPS saga isn’t over. The Clinton-DNC funding is but a first glimpse into the shady doings of this oppo research firm. And that’s exactly what they are. They have nothing to do Fareed Zakaria GPS. They have nothing to do with fusion drives in your Mac computer. See how names can confuse people? Like Brian has a fusion drive in his Mac and says, “Fusion, fusion, I know what that is.”

No. This is an opposition research firm. (interruption) What’s a fusion drive? Ten percent solid state, 90% spinning old-fashioned hard drives. Anyway, Kimberley Strassel says: “We now know where Fusion got some of its cash, but the next question is how the firm used it. With whom did it work beyond former British spy Christopher Steele? Whom did it pay? Who else was paying it? The answers are in Fusion’s bank records. Fusion has doggedly refused to divulge the names of its clients for months now, despite extraordinary pressure.”

So what Strassel’s point is here, there’s gonna be even more to learn about this bunch and who they are and who’s been paying them and what they’ve been buying in their bank records, which they have refused to divulge. They won’t even divulge the name of their clients. There have been extraordinary governmental pressure on this group to do so. They’ve so far resisted. “So why did the firm suddenly insist that middleman law firm Perkins Coie release Fusion from confidentiality agreements, and spill the beans on who hired it?”

Why did that happen? Because that’s why we know, that’s how we know that Clinton and the DNC hired them. We know because Fusion GPS insisted that Perkins Coie release them from the attorney-client privilege confidentiality agreement. Why?

Well, Kimberley Strassel says it’s “Because there’s something Fusion cares about keeping secret even more than the Clinton-DNC news — and that something is in those bank records. The release of the client names was a last-ditch effort to appease the House Intelligence Committee, which issued subpoenas to Fusion’s bank and was close to obtaining records until Fusion filed suit last week. The release was also likely aimed at currying favor with the court, given Fusion’s otherwise weak legal case. The judge could rule as early as Friday morning.”

Now, I don’t know that the judge has ruled. But she is of the belief that at some point down the line Fusion is gonna be forced to surrender its bank records, and when that happens, then the lid is really gonna blow on this group. And who has been paying them and what they have been buying. And it is likely gonna go way beyond the Trump dossier. That’s just one element of the sleaze and the lying oppo-research that they’ve been getting into.

Now, she says: “If the House wins, don’t be surprised if those records include money connected to Russians.” I think this is what Fusion GPS wants to protect at all costs. The entire premise of the Democrat media investigation of Donald Trump has been that he colluded with Russia to steal the election from the woman who deserved to win it, Hillary Clinton. Hillary has been robbed. She’s the most cheated-on woman in America, and now she’s the most stolen from woman in America.

And the thrust of this is that Trump was in bed with the Russians, Trump was hiring prostitutes to urinate on a bed that Obama and Michelle used at a Moscow hotel. Trump is a sleaze reprobate, and he and Putin are best friends. And what they are hell-bent at preventing at Fusion GPS is the discovery that they are the ones that have been in collusion with Russia, and it’s the bank records of Fusion GPS which will demonstrate this.

“In the past Fusion has worked with Russians, including lawyer Natalia Veselnitskaya, who happened to show up last year in Donald Trump Jr.’s office,”
claiming to have dirt on Hillary, and it turned that’s how she got the meeting. She claimed to have dirt on Hillary, Donald Jr. took the meeting. That meeting allowed the media to say Trump Jr. was colluding with the Russians.

She didn’t have any dirt on Hillary. She was interested in a piece of legislation involving adoption. Had nothing to do with Hillary. It was a lying pretext to get the meeting so that they could report the Trumps were trying to collude, and that was Natalia Veselnitskaya, and it was Fusion GPS that worked with her to set this up.

“FBI bombshells are also yet to come. The bureau has stonewalled congressional subpoenas for documents related to the dossier, but that became harder with the DNC-Clinton news. On Thursday Speaker Paul Ryan announced the FBI had finally pledged to turn over its dossier file next week.”

Look, she is right. There are bombshells galore in this. The FBI, James Comey, John Brennan, as you know now, treated this dossier as the basis and foundation for all of this, folks. All of this phony, worthless, totally made up investigation into Trump, there’s never been anything to this. There were all of these investigations, all of these people hired, all of this money, the whole thing is a giant scam. And high government officials from Brennan at the CIA to Comey at the FBI have admitted that this dossier was so troubling and so serious that it formed the basis for their entire investigation.

And so the bombshell that is waiting to drop on the FBI is what did they really know, and what ties to the FBI did Fusion GPS have? In other words, what kind of chicanery was used to get this dossier into the FBI’s hands, what kind of cooperation has there been? Now, assuming that the FBI is comprehensive in its disclosure, meaning forthcoming, Ms. Strassel expects “to learn that the dossier was indeed a major basis of investigating the Trump team — despite reading like ‘the National Enquirer,’ as Rep. Trey Gowdy aptly put it.”

Well, you already know this. And Ms. Strassel knows it. What she’s waiting for is documented proof. We already have it. Folks, I guess people don’t remember Brennan saying this. And I don’t know if we have a sound bite or if I remember it from seeing it on TV. But John Brennan, CIA, said this dossier formed the basis. And Comey had it, and it was McCain that gave it to Comey or somebody. The whole FBI was in on all of this.

So what Strassel’s waiting for here is proof via release of records that the FBI was seriously taking the assertions in this dossier and using it to form the investigation. “There’s plenty yet to come with regard to the DNC and the Clinton campaign. Every senior Democrat is disclaiming knowledge of the dossier deal, leaving Perkins Coie holding the bag.”

“But while it is not unusual for law firms to hire opposition-research outfits for political clients, it is highly unusual for a law firm to pay bills without a client’s approval. Somewhere, Perkins Coie has documents showing who signed off on those bills, and they aren’t protected by attorney-client privilege.” 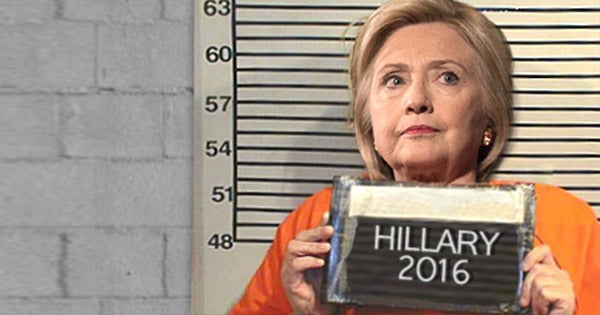 So that’s another bombshell. “And there are still bombshells with regard to unmasking of Americans in surveilled communications. If the Steele dossier reports (which appear to date back to June 2016) were making their way into the hands of senior DNC and Clinton political operatives, you can bet they were making their way to the Obama White House.”

All of this that she supposes is right on the money. And there are bombshells in every area here waiting to drop once Fusion GPS is forced to release bank records and once the investigation continues on. And you can tell something’s up because we have the audio sound bites coming up, every Democrat under the sun is running away from this claiming they didn’t know, they didn’t know anything about it. Some are making excuses for it. “There’s nothing to see here. This is politics-as-usual.”