RUSH: Mallory is in Manhattan. Great to have you on the EIB Network. Hi.

CALLER: Hi, Rush. Thanks for having me on.

CALLER: Longtime listener and a Rush Baby, so this is exciting.

CALLER: So I wanted to talk a little bit about my experiences being a born-and-raised New Yorker and not necessarily having the same political beliefs as a lot of my peers. I’m 29 years old. I work in the music industry. I grew up in New York and during the Bush-era things were tough, but —

CALLER: — they’ve gotten much, much more difficult and antagonistic towards me. Today actually one of my best friends compared me to someone who listened to Joseph Goebbels. So it was a tough day because this is someone who I’ve seen as being more conservative, a little bit more like-minded, and it just seems like from a New Yorker’s perspective there’s no hope for people under the age of, like, 35. And I don’t know, what do you think about that?

RUSH: Well, is this conservative liberal or they know you’re a Trump supporter and they’re not?

CALLER: You know, it used to be conservative liberal, and then when I started supporting Trump, it got even more extreme. I mean, you know, the few times that I do talk politics with people in my office I usually have to be very, sort of, like make fun of myself, laugh it off. 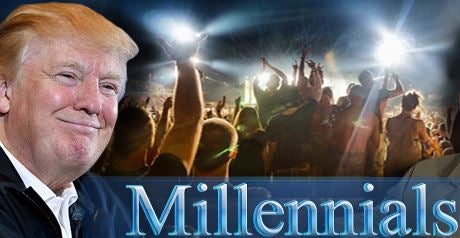 RUSH: I’ve had my forays into the entertainment business, some would say I’m in it and I’m ostracized from that element of it, too. Those people are beyond me. They’re not rooted in the same world that you’re living in, and they believe that they are the epitome of tolerance and understanding when they have none.

CALLER: That’s from firsthand perspective exactly what I’ve seen. The number of times people have giggled and cried at Joe and Barack being best friends and talked about how much they love Michelle, that was actually what this conversation, you know, me being referenced to Joseph Goebbels was about, was basically me saying that to my friend, “You’re buying into a narrative about Barack and Joe being best friends over that Medal of Freedom,” which is such a joke. That just rubs me in a way that had never rubbed me before. I thought about calling you before, but it pushed me over the edge, you know?

Look, I’m out of time here, Mallory. I appreciate your call. Mr. Snerdley will inquire as to whether or not you’d like a new iPhone 7 or 7 Plus and what kind, color, carrier and all that and the AirPods. We have to take a brief final break here, folks. We’ll be back and wrap it up.