Stop and Think About What Donald Trump Accomplished

RUSH: We are going to do live coverage of the inauguration tomorrow. At the request of EIB Network affiliates, we’re gonna start the show basically six minutes early so that we are here to establish our presence before the actual inauguration begins, which is at high noon. So we’re gonna be here at 11:55 with six minutes of stage setting, and then we will have our microphones and cameras there.

We’ll have our live, raw feed of what’s happening up there, and we’ll either let it go or we’ll have comments. You know how we deal with press conferences and so forth. You won’t have to wait ’til it’s over for analysis. You’ll get instant, on-the-spot analysis, but it won’t be intrusive. You will not mind what I’m doing. Well, we don’t want it to be intrusive. We don’t want to intrude on Trump’s day of glory. I mean, stop and think of what’s happened here. Put this actually in perspective. Who is Donald Trump? 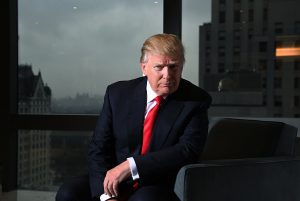 He is the epitome of the outsider, and therein lies the root of the unhinged derangement of everybody in the Washington establishment. They’ve all known who he is. TV star, “You’re fired!” Maybe a billionaire, certainly a millionaire. He has his own plane, braggadocios. Everything is gilded in gold. Golf courses here and there. Beautiful women all over the place. At times vulgar, at times coarse, but always funny. And, if you go back, take a look some headlines, some covers of tabloid newspapers and other newspapers on June 17th, the day after Trump announced.

What will you find?

They had him buried after the first day. All the TV analysts were saying, “Can we just stipulate that this campaign ended up yesterday? Trump’s a boob! Trump’s an idiot. This was embarrassing. This was horrible.” For the next year and a half, the Drive-By Media and the Washington establishment expected every day for the Trump campaign to implode. They expected Donald Trump to literally blow it up, take himself out. When that didn’t happen, they then tried to console themselves by telling themselves, “He really doesn’t want to win.

“He’s doing this for other reasons, to hype TV ratings for whatever TV show or build new golf courses or help his business. But he doesn’t really want to do this.” And then the Drive-By Media never did take Trump seriously, and that actually ended up hampering Hillary Clinton because the Clinton campaign relied solely on the Drive-Bys for their news about the Trump campaign and the Drive-Bys basically told Hillary that Trump didn’t have a chance.

“He’s a Looney Toon! I mean, look at this video from Access Hollywood. Here’s Trump out there refusing to go the debate in Iowa, the dustup with Megyn Kelly. This guy’s not serious.” So Hillary and her camp thought it was nothing but let the time pass and she’s going to be president. She basically didn’t campaign. She hung around with her elite, rich friends raising money, accepting donations from foreign countries and foreign entities for whom she was going to pay back when she became president.

Their world has been turned upside down by somebody who, it was said, didn’t have the slightest chance because he didn’t know what he was doing, because he’s an outsider, and it’s not possible for an outsider to come in here and hit a grand-slam home run their first time up at bat. And Trump has done all of that. And CNN, on the eve of the inauguration of the next president, does a story speculating on what would happen if that president is assassinated before he takes office. That, I think, is a perfect illustration and microcosm of who they are and who they — meaning the left and the media and the Democrats — have always been.

RUSH: I just saw a picture of Trump and his wife Melania — the lovely and gracious Melania — at the top of the stairs getting off the airplane at Joint Base Andrews. I said, “Wow, this is a different picture than we’ve had in the past eight years.” It’s obviously going to take some time to get used to it. Not much, but — and it was a tweet. He was thanking everybody and his family. He said, “We’re gonna make America great again,” as he’s at the top of the stairs getting ready to deplane and head over to the Trump International Hotel, which the Drive-Bys trying to tell us was a conflict of interest for Trump to stay in his own hotel.

“It’s an unfair advantage to the other hotels in town!” (laughter)