RUSH: Get this. “Anti-Trump March for Science Maintains That Racism, Ableism and Native Rights Are Scientific Issues.”

They are so excited by what happened with the great “poo-sai” march that they want to replicate it now, and there’s gonna be a scientists march. There’s gonna be a great science march just like the women, the feminazis marched. (interruption) Well, I didn’t know what “ableism ” either when I saw the headline. Let’s find out together here. What do you think ableism is? (interruption) Self-reliance? Being able to do things on your own? Let’s see. “Science enthusiasts are preparing to march on Washington, D.C., to lambaste President Donald Trump for supposedly embracing the antithesis of science, but these same enthusiasts consider ableism, transphobia, colonization and native rights to be eminently important scientific issues.

“Organizers for the March for Science tweeted out Saturday that ‘colonization, racism, immigration, native rights, sexism, ableism, queer-, trans-, intersex-phobia, & econ justice are scientific issues,’ raising questions about how much the protest is about classical conceptions of science as opposed to social concerns from progressives, who also happen to like science.” This, by the way, is from The Daily Caller. I don’t think these people have the slightest idea what science is. It’s just the next thing to be politicized and taken over.

But, if you don’t understand liberalism, you’ll just think these people are a bunch of kooks, and it’ll stop there. You’ll think it’s a bunch of weirdos, and you might even feel sorry for ’em. And you’ll sit idly by paying them very little mind as they go about being very effective with this, because they are convincing young skulls full of mush that all of this gunk is real. Like climate change and all of these other myths that they have created that happen to be — like “men and women are actually born different” is news to them.

But like every other leftist demonstration, these protesters can’t help but to expand in order to include the entire menu of complaints against Western civilization, which is what liberalism is about, is overthrowing, overturning Western civilization, and they co-opt all of these areas and politicize them. And yet after they’ve taken over science, they then call liberalism science, climate change science! Climate is not science. It has nothing to do with science. It’s a hoax. It is all about leftist politics. Here’s another story on the same topic. Nope, it’s the same story. I printed it out twice, and it looks different.

Now, on the other side of this, Trump is doing the right thing on this. Do not misunderstand me here. Breitbart has a story, “Trump’s Climate Plans Just Made the Media’s Heads Explode.” Now, this is in the U.K., and it’s written by James Delingpole, who is over there. “It was great — a bit like that No Pressure video that the enviro-loons made a few years ago, only better because this time the victims weren’t blameless schoolchildren but grisly, puffed-up, righteously eco, Trump-and-Brexit-hating TV and newspaper Environment Correspondents, all of whom hate my guts.” That’s how the writer opens the story.

Let me give you some pull quotes, because this is about Trump’s opposition to climate change and how he’s not going to further it. He is gonna bring it to a screeching halt — government research, funding, and all of this and all this — and the leftists are in a panic over this. They’re trying to tell people the panic is the earth might not survive! We might not be able to inhabit the earth because of Trump. It’s not about that. It’s about them being cut off from money; it’s about them being denied power. One of the people that participated in all of this is Myron Ebell. Myron Ebell is “head of the Trump administration’s Environmental Protection Agency transition team.”

As you know the Trump administration has announced they want to reduce the EPA by half, they want to get rid of something like 16,000 people that work there, because all they do is create a bunch of regulations that hamper, that obstruct and get in the way of the pursuit of liberty, happiness, and freedom. They do it. They’re not elected. There’s no way to get rid of them other than to fire them, like Trump plans to do, and the guy heading up the transition, as I say, is named Myron Ebell.

“He is,” as this story says, “cultured, fearsomely intelligent man: Cambridge-educated.” So he comes with a pedigree that the left can’t discard. “When the press essentially accused Ebell of representing evil oil interests, he replied by noting the vast power and corruption of what he called the Climate Industrial Complex — from grant-grubbing scientists to regulation-hungry rent-seeking businesses — which feeds on the global warming scam.”

So to call these people the leftists, the climate-industrial complex, grant-grubbing scientists. What he means by that is you have a lot of so-called scientists who promote the concept of global warming, and they do it by supposedly producing scientific research. Well, they do that because they get government grants to do it. It’s the way they live. It’s their salary, it’s their standard of living, and they do it by having money given to them. 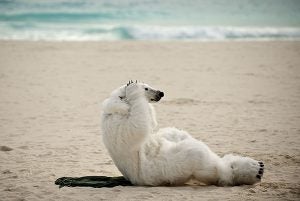 Get this. The left loves Elon Musk. You know who Elon Musk is? Tesla. They love the guy. My tech blogs, Elon Musk gets mentioned thousands of times a day.

He’s not a billionaire. He’s a millionaire recipient. This Trump transition guy talking, when asked about the Endangered Species Act, the Trump transition team director at the EPA said to audible gasps of disgust and hatred, that he’d been trying to reform the Endangered Species Act for years because it didn’t do much for endangered species but it did an awful lot of damage to private property.