Do you know what the gay population of San Francisco is? What do you think it is. No, it isn’t. It’s not 50. It’s amazing how low it is. It would stun you because everybody thinks the population of San Francisco is 50% or greater. I think it’s 25, 30. But, even at that, San Francisco, lowest percentage of kids in America, and you would attribute that, if you see that headline, what do you expect? I mean, you’ve got same sex city there. How in the world? Well, let’s see.

“The report by the New York Times indicates that only 13 percent of San Francisco’s population is under 18 years old. … The combination of high-rents and distance of public schools has resulted in what can be regarded as a mass exodus of families with school-aged kids to cities that are more affordable.” So that’s the reason, Mr. Snerdley. It’s not that there’s a lot of people that don’t have kids ’cause they can’t. It’s because the schools are so bad and they’re so far away that people have moved out of the city and to the suburbs and surrounding areas.

“The Times notes that the San Francisco has invested millions in upgrading parks,” which was a waste of money ’cause the homeless immediately took over. “Before the tech boom, and ensuing gentrification, San Francisco was bustling with kids. Approximately 90,000 students enrolled in the public school system in 1970. Now, there are reportedly 53,000 students.” Not a single word of the makeup of the sexual orientation of the city as a factor in the fact that there are fewer kids in San Francisco.

RUSH: I was wrong on the gay population of San Francisco. I was way high. TIME magazine, in 2015, quote: “Gallup’s poll of the 50 largest metro areas in the United States found that 6.2% of San Franciscans identify as LGBT. That’s 2.6 percentage points higher than the national average. San Francisco named the gay capital of the U.S. by Life magazine in 1964 has a long histoire of politically active LGBT communities,” 6.2% in a survey where they asked people, which is as close as you’re gonna get.

(interruption) I know you are. I knew you’d be stunned when you found out what the real — you’re thinking it’s 70%, Seattle close, right? No. Well, Atlanta, I don’t know. The national average is 4%, something like that. Oh! Two stories back to back. I’ve been waiting to do this. First story, USA Today again. You know what GLAAD is, G-L-A-A-D? You know what that stands for? It’s the gay and lesbian something or other against defamation. Gay and lesbian anti-defamation. 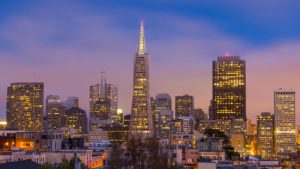 Anyway, they have awards. They give media awards for the most understanding, the most sympathetic, the most enlightened, whatever, media people, understanding the plight of gay and lesbian Americans. And the latest GLAAD media award — this is a USA Today headline — “GLAAD Media Awards Nominations Show Dearth of Major Films With Gay Content — Moonlight, the Golden Globe-winning and Oscar-nominated coming-of-age film about a gay youth, has just one rival, Star Trek Beyond, in its category in the annual GLAAD Media Award nominations.”

Next story from Vanity Fair. “Why Hollywood As We Know it is Already Over.” (laughing) I don’t know. Finding these two disparate things and putting them together, I enjoy it.