When Are We Going to Learn?

RUSH: We are here to unpack it all, to unwind it all, to make the complex understandable. There’s no real complexity out there unless you believe what the Drive-By Media is telling you, which is what the Democrat Party wants them to tell you, but we are here each and every day to sort it out, and happily so. Here is the telephone number if you want to be appear on the program. It’s 800-282-2882, and if you want to be send an email, ElRushbo@eibnet.us. 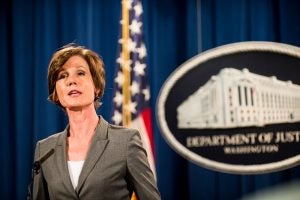 Donald Trump is singularly responsible for this woman being there. She should have been let go on day one with every Obama appointee. When are we going to learn? They do not believe in the kind of civility that we believe in. George Bush holding over a bunch of Clinton people to try to smooth the waters after the Florida recount, no go, didn’t matter. The left is simply a bunch of mean-spirited extremist bullies who are not interested in cooperating, working together, being civil, or any of that.

Sally Yates and every other Obama appointee should have been gone within 30 minutes of Trump taking the oath of office. That is his fault for not doing so. I don’t know why he didn’t do so, but I have a theory. I know that Donald Trump knows he faces opposition. But how many times have I repeated over the course of this entire campaign, as I have tried to make people understand Donald Trump, the first thing I’ve told everybody, he’s not ideological.

When he sees Chuck Schumer, he doesn’t see a liberal extremist and what that means. He just sees another New York guy who disagrees with him about things but who maybe they can find some common ground somewhere for some reason over some method. But he doesn’t see Schumer for what he really is, he doesn’t see any of it, because he’s not ideological. And he’s gonna have to get up to speed on it.

It’s not enough to know that he faces opposition. I’m sure he knows that. I’m sure his eyes are being opened each and every day. I’m sure he’s seeing a side of these people that he used to think were his friends, but until he is able to get up to speed and understand that he is fighting liberalism, socialism, extremism, bordering on near communism, he’s not gonna understand what he’s up against.

Now, don’t misunderstand. I’m not calling him a wallflower and I’m not saying that he’s weak. He knows he faces opposition, but it is crucial to understand the kind of opposition it is. The only way Sally Yates can be explained is through liberalism. She said not a word when Obama was engaging in all of his illegal executive orders. She didn’t pipe up. She didn’t have any moral code that made her stand up and oppose Obama and his violation of the sacred statutes.

She was purely political in what she did, in claiming that the DOJ was not going to defend the Trump administration policy. Something that people may not know as our education system begins to fail people decades ago, in the separation of powers the executive branch has one boss, and it’s the president, and everybody in the executive branch works for him.

Sally Yates does not have a boss. Her immediate boss would be the attorney general, but she was acting attorney general ’cause they’re not confirming Sessions yet because the Democrats are dragging their feet on purpose because they are liberals. They’re lying about every aspect of their opposition to every Trump nominee. If you want to put them on the spot, if you want to call them out on this, you’ve got to be able to call them out as liberals, not just a bunch of people delaying because they’re playing politics.

They’re not playing politics. They’re playing liberal obstruction, which is designed to transform this country away from the way it was founded. It is serious and until these people in the administration understand it, these kinds of things are gonna continue to happen. Now, you might be saying, “Well, I mean, he’s got all these advisers. Don’t they understand?”

Folks, look. I want to withdraw a little bit about what I said about the Republicans yesterday in service of this same point that I am making. I said yesterday that the big choke point that Trump faces as he goes forward and attempts to implement his agenda is the Republicans. And I said the Republicans are gonna be the problem because they are afraid of all these protests and they are afraid of the media and they don’t want to be tagged the way Trump is being tagged and they will do anything they can to avoid that.

They’re famous, as you know, for saying we want to work with the Democrats, cross the aisle, shake hands, we can cooperate, show government works, all that kind of stuff. There’s another factor to this that I have mentioned on prior occasions and I forgot to throw it in yesterday, and that is, never forget the money on this.

Republican donors are the same as Democrat donors and many of these high-powered, big time donors don’t like Trump, either. And so the Republican Party also has a decision to make, members of the House and Senate, leadership and rank-and-file, to whom are they going to show fealty, Trump or their donors? I wanted to withdraw the bit that they’re afraid. I’m not changing my mind about that, but there’s other motivations for why they would also oppose Trump and that is they’re money masters, the donors.

But until Trump or somebody — I know Reince Priebus is up there as the chief of staff, Bannon in there — New York Times has an editorial today that Bannon is actually the president and Trump doesn’t know what’s going on. That Bannon is calling the shots and Trump’s just combing his hair. Well, they’re paranoid about it, and they categorize Bannon as this alt-right populist extremist and so forth.

As I said yesterday, I’ve never heard of Bannon and I don’t mean this to be an insult. Please don’t misunderstand. It’s my problem. I never heard of Bannon until the campaign had already gotten underway, but I’m a loner and I’m a recluse and I don’t hang around and network with people. The point is I don’t know how many of these people understand who they’re really up against. It’s not just that they have opposition. It’s the kind of opposition. And you all know this because you’ve been students and listeners here for years.

Until you understand the kind of opposition left-wing liberal opposition is, you’re not going to be successful in dealing with it, and you can be successful in dealing with it. We could nuke it. Yates should never have been there. She was violating the law by refusing to defend it. She works for Donald Trump. She doesn’t work for her own moral code. She doesn’t work for her own interpretation of the law. She works for the president of the United States. She’s no heroine. That the left wants to appropriate her and use her as a hero is instructive as it is. More detail on this as the program unfolds. 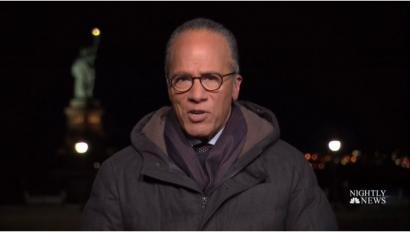 That poem by Emma Lazarus that was added later that does make it look like it’s a message to immigrants, was added as a fundraiser to help build the pedestal for the damn thing. It has nothing to do with immigration, in truth, in reality. But the way things have been taught, everybody thinks that the Statue of Liberty was built to welcome all of the people of the world. And it wasn’t. 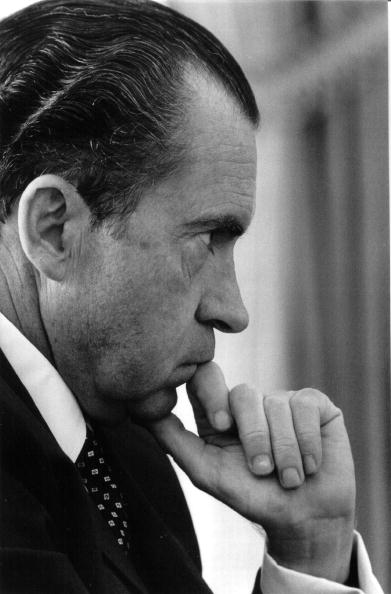 And Cox said, “No, your part of the investigation.” So Nixon said, “Well, you’re gone.” But Nixon couldn’t fire him so he called the AG. The AG refused to fire him and resigned. And they called the assistant AG, Ruckelshaus, and he said, “You fire Cox,” and Ruckelshaus refused to and resigned. So they called a solicitor general, a man named Robert Bork. Robert Bork agreed to execute the president’s order and fired Archibald Cox, the independent counsel. And then, of course, when Bork was nominated to sit on the Supreme Court, that little act unknown to many was held against him in his own confirmation hearings.

There was no Saturday Night Massacre in the firing of Paula Yates — or Sally Yates. Paula Yates was the woman that had the bear with what’s his name. Petraeus? Is that Paula Yates? (interruption) Yeah, that is Sally Yates. I don’t think they’re related. Sally is a well-known Obama supporter. She shouldn’t have been there, folks. She should not have been there. No Obama appointee should be anywhere in our bureaucracy right now. They all should have been summarily dispatched, and this is why.

RUSH: So during the break I’m watching a little cable news for the first time today, I really haven’t paid any attention to it, and they’re still talking about Sally Yates. That’s such old news and they’re still debating whether or not Trump had the right to fire her. Jay Sekulow is on, he had a question, “Did she betray the Justice Department?” Betray the Justice Department? She betrayed everything. She betrayed the executive branch.

Her job is to execute the orders of the president of the United States. He is the lone boss of the executive branch. This is constitutional. It is not in her purview to choose which laws and executive orders that she’s gonna enforce and defend or not. She had no choice. Trump had no choice. She had to go. She should not have been there. Everybody’s missing this. She should not have been there. Trump should have fired her and every other Obama appointee last Friday, or January 20th when he was immaculated.

They all have to go or you’re gonna get stuff like this, ’cause the Democrats are delaying the confirmation of all of Trump’s cabinet picks, or the vast majority of them. Jeff Sessions, that vote’s supposed to happen today in the committee. It still hasn’t gone to the whole Senate. That’ll be a while. She had to go. Should have had a Trump person in that position from the moment Trump became president. I dealt with this in the first hour so I don’t want to be redundant here.