Yeah, Amazon Prime, two-day shipping free, a little bit broader product categories at cheaper prices and general exposure to other things. And it’s not that expensive. It was $79 a year. Now it’s $99. All three hands in there shot up. Right. So you’ll be interested in this story.

“Amazon Offers Prime Discounts to Those on Government Benefits — Amazon is making a play for low-income shoppers. The online leader is offering a discount on its pay-by-month Prime membership for people who receive government assistance.”

In other words, people on welfare are getting a price cut to join Amazon Prime, which means you’re paying for that.

“The move, announced Tuesday, is seen by some analysts as an attempt to go after rival Walmart’s lower-income shoppers. The world’s largest retailer has revamped its shipping program and improved other services to drive online sales growth as it tries to narrow the gap with Amazon.

“People who have a valid Electronic Benefits Transfer card –” That’s a welfare recipient debit card. “– used for programs such as the Supplemental Nutrition Assistance Programs, or food stamps –” Are you ready for this? What do you pay for Amazon Prime, Mr. Snerdley? Do you even know? I gonna tell you. It started at — well, I don’t know what it started. It was recently $79 a year. Now it’s $99 a year. 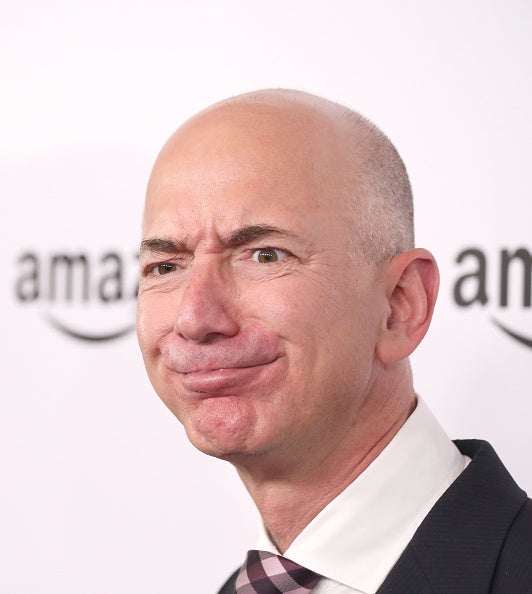 The typical Prime membership is, as we said, 99 smackers a year, but those who cannot afford to pay up front have a $10.99 a month option. So it’s 11 bucks per month if you don’t prepay it. The welfare recipients will get it at 6 bucks a month. And guess who’s gonna make up the difference? Jeff Bezos, or the Amazon customers who pay the full freight. You, ladies and gentlemen, are going to be making up the difference.

Your Amazon Prime just got more expensive. You’re never gonna see the increase on your bill, but you are going to be paying for this. Do people on food stamps…? Just asking here. Do they really need to get what they buy in two days? (laughing) What’s wrong with that question? Is that question insensitive or insulting? Well, why is it? I mean, it’s one of the draws of Amazon Prime. Free two-day shipping. If you’re on food stamps, what does it matter how soon you get whatever you’re ordering?

Now, are there discounts on what they buy at Amazon on top of the discounted Prime? It doesn’t say here. Do people on food stamps actually need more movies to watch? Well, I’m probably treading dangerously close to the line of insensitivity, right? I guess I missed the part where Walmart’s doing this, giving discounts to people on food stamps. I wouldn’t know if Walmart does.

Now, here’s the next story. We’re so screwed. We are surrounded by people that we assume are the smartest at what they do. Let’s face it. Take a college economics professor, you think you’re dealing with somebody knows more than you do about it. We think that there are a lot of smart people guiding us around, leading us in positions to help us, what have you.

Business Insider: “An Economist Says 66 Countries Could End Poverty By Giving Their Citizens Free Money.” An economist. And of course who is gonna oppose this? “John McArthur, senior fellow at the Brookings Institution, wrote in a recent blog post that 66 countries in the developing world could theoretically afford to end poverty tomorrow, just by awarding citizens direct cash transfers. ‘This would help reach around 185 million people living in extreme poverty, more than a quarter of the world’s current total,’ McArthur wrote.”

I guess this guy actually never took an economics class. Giving everybody money would skew the economy in ways that, well, you’d end up with just as many poor people who can’t buy products because of inflation then. If you start giving away money like this, you’d have to print it — we’re surrounded by dopes. We’re literally surrounded.

This is a think tank, a Washington think tank. Why do you need an economics degree to come up with an idea give everybody in poverty a certain amount of money to escape poverty? Why do you not see what would happen in the aftermath? And, by the way, are we not already well on the road to doing things like that? Don’t we have empirical evidence it doesn’t work in any number of examples. Raising the minimum wage is counterproductive.
BREAK TRANSCRIPT

RUSH: This is Bill in the Upper West Side of Manhattan. Great to have you on the program, sir. Hello.

CALLER: Hi, Rush. It’s a delight to talk to you. I feel like your only subversive listener, you know, for miles. But, anyway, when I read about that Amazon Prime thing this morning and the things you said, it really frosted me. My first thought was, this is, you know, Jeff Bezos’ idea of social engineering and his bid for redistributing income like any good progressive would.

I don’t know that it will bring more business in, but if it does, it amounts to I think about a 40 or 45% discount to people on food stamps. I believe it will bring him poorer quality customers who might need more servicing. You know, they might order more stuff and return it damaged or they might have more packages stolen from the front porch in certain neighborhoods.

RUSH: Ha-ha. Whoa, whoa, whoa. I hadn’t thought about that.

CALLER: I’m very serious. But the other thing I wanted to say about it was that I know that one of your sponsors is about identity theft, and because people, these food stamp recipients are — you know, they have to give their food stamp card number to Amazon, I’m thinking maybe this is gonna promote more identity theft or more benefits fraud, because those numbers are confidential numbers. And then the final big thought, Rush, that I had was that I know that there is public accommodation civil rights law.

CALLER: And you can’t discriminate against certain classes of customers, like based on race, for instance, he couldn’t charge whites and blacks separate prices. And here it seems to me that most of us are being discriminated against by income. So for all of these —

RUSH: G-Day. That’s my whole point with this. That was my first train of thought here.

CALLER: Yeah. And I think it’s just a terrible thing, and I think this needs to be looked at under a microscope.

RUSH: Let me ask you, does Cadillac cut the price of an Escalade by 20 grand for a food stamp recipient?

CALLER: It wouldn’t. And I hope this gets looked at the under a microscope, because who knows. Maybe Jeff Bezos is going to write off part of this as his tax deduction to the poor. I have no idea.

RUSH: Look, you have raised some fascinating points here. In the first place, you are assuming that after they get their Amazon Prime discount, that they’re gonna be buying things left and right. With what? I’m sorry. I take it back. You know, food stamp recipients, there are many of them that don’t need food stamps that are on the program. I’m sorry. I was under the impression, the false impression that food stamp recipients are in poverty. They’re not.

Bezos, you will remember that for the longest time — it was one of the most fascinating things — Amazon never showed a profit. In fact, Amazon worked hard not to show a profit, but the stock price remained solid and on an upward tack, and everybody’s trying to figure out the Wall Street analysts and what they’re doing here. Because at the same time a wildly profitable company like Apple was making record amounts of money every month, in some cases less than what the analysts said.

So Apple was portrayed to be in huge, huge trouble by the financial media, where Walmart showing nothing but losses, was touted as one of the greatest things on earth. Which leads me to, Bezos buys the Washington Post. I think a lot of this is the PR value. Look at what we’re doing here. We are talking about how Jeff Bezos cares about the poor. And for some people that’s all you need.

Bezos is on his way to becoming the wealthiest American, and by giving away his product at much reduced prices to food stamp recipients, he’s building a moat around his life to where the pitchforks and the barbarians will avoid him ’cause they’ll think he’s on their side. There’s a whole lot of things going on with this, but the assumption that he’s gonna be doing a lot of business from food stamp recipients? Something doesn’t compute there.