RUSH: You know, folks, I have evolved a theory. You know, there could be any number of reasons why the Republicans are sitting on their butts up there and not helping to advance the Trump agenda. The possibilities are they don’t want Trump to succeed ’cause they are establishment guys and the last thing they want, just like the Democrats, is some outsider coming in and showing what can be done in a relatively short period of time, thereby exposing the fraud that is the D.C. establishment. It’s a possibility.

Another possibility is that the Republicans just don’t want Trump to succeed in a party sense, Republican Party sense. These guys have been there forever, in and out of the Senate, in and out of the House. Here comes Trump from Fifth Avenue, not ever having been there, from a penthouse apartment, and coming in and totally remaking government in a positive way. They just don’t want to be a part of that.

There could be another reason. And I think it’s got some validity to it. In fact, some of you may have already evolved this theory yourself. What do you think of this, Mr. Snerdley? Maybe it is that the Republicans in the House and the Senate are not convinced that Trump’s gonna survive. And they’re holding their fire, and they’re keeping their powder dry in the event that Trump doesn’t make it, either resigns, is impeached, is forced out by the media, or whatever. Maybe they’re holding out to find out if Trump will survive all this. And, in that scenario, they would thus be waiting for Pence.

So there are three different possible explanations. But in all three of them, you’ll find that you and the nation’s agenda are not at the top of the priority list. No matter what the reason they’re lagging and dragging their feet, it is not to get rid of Obamacare; it’s not to do tax reform, anything of the sort.

RUSH: Mr. Snerdley, do you know the name Elizabeth Drew, famous Washington journalist? The Bob Novak era. Yeah, yeah, yeah, she’s Newsweek and all that. She was a biographer of Nixon. She was on some show, thus from our buddies at NewsBusters, the story print out didn’t tell me what show. She’s blaming me here for the fact that there aren’t any more moderate Republicans. And because there aren’t any more moderate Republicans, Washington can’t make deals anymore. It’s all my fault.

RUSH: So Elizabeth Drew. She used to head up the Council on Foreign Relations, the dreaded CFR. So that means she was a globalist. She was a New World Order babe. And you know what that means. We all know what that means. Anyway, she was on PMSNBC last night where we have a ban. And I’m not lifting the ban. I’m just gonna tell you what she said. 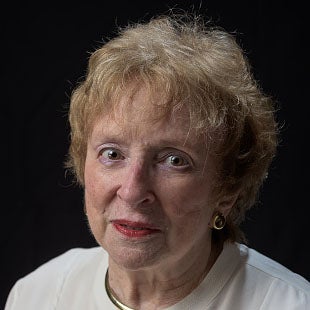 She was on that idiot Lawrence O’Donnell’s show, Larry O’Donnell, Lawrence O’Donnell, whatever. The wacko. You know, he used to be a mainstream Democrat. He used to just be a standard, ordinary, everyday lib. Now he’s a nut. They’ve all gone crazy. They’re all loco bugs on the left. It’s astounding.

Anyway, Chris Matthews, same way. You could have a conversation with Chris Matthews. I was on his show a couple of times. He was a partisan Democrat. There’s something that they’ve done to these people on the left. They’ve all become insane to one degree or another.

Anyway, Elizabeth Drew was on with O’Donnell on PMSNBC last night. She said the Republican Party today is very, very different from the Nixon Republican Party. That was a much more just-right-of-center party. The Nixon Republican basically a centrist with a little lean to the right. And you had a lot of Republican moderates out there, like Hugh Scott from Pennsylvania. And he was. I mean, he was a right-down-the-middle moderate you could count on as a Democrat every day.

She says, “I don’t know if you remember Republican moderates. They’re very hard to find these days. So this party, this Republican Party, much further to the right than the Nixon Republican Party was. This party is much more concerned about what Rush Limbaugh or Breitbart or these various groups are gonna do or say about them. This Republican Party has Koch brothers money, just a very different Republican Party than back then, which makes the question of impeachment, the issue, very questionable.”

These people do not know what they’re talking about anymore. Would that the GOP was listening to me and all these others. But they’re not. And they haven’t in quite a while. By the way, that’s never been the objective anyway. That’s a construct of the left, that the GOP is scared to death of me and does what they do to avoid being criticized by me. That’s so overblown. We know why the Republican Party’s dragging its feet. It’s one of three different reasons. We discussed them at the top of the program. The new one is waiting to see if Trump makes it. In other words, waiting to see if they’re gonna be dealing with Pence.

RUSH: This is Martha in Arlington, Virginia. I’m glad you called, Martha. Great to have you here.

CALLER: Thank you. Thank you for taking my call.

RUSH: You bet. It’s my pleasure.

CALLER: I was sitting in the car and started listening to you just as you were reading Elizabeth Drew’s piece, or part of it, and her comments on Republicans used to be so much more moderate in the Nixon era.

CALLER: It just made my blood boil because it’s so indicative of everything that liberals do to turn absolutely everything around. And I wanted to use this as a perfect example. It is such a false argument, because the baseline of our culture has been hijacked so far to the left that now even a Nixon moderate it looks like Attila the Hun. If you took a Nixon moderate from those days, if you took even a Nixon progressive like Nelson Rockefeller and held him up to a liberal today, they would say, “Oh, my gosh, they are so uneducated, and they’re knuckle-dragging troglodytes.”

RUSH: I know the point you’re trying to make here, and it’s intriguing.

CALLER: I just wanted to say it’s like if you were looking at a football field in the Nixon era and the 50 yard line was the cultural war, if you were, were being played on. Now it’s down at the 10 yard line, and we’ve only got the 10 yards on our other side, and the liberals try to compare everything like it’s apples to apples. And it’s not. I mean, trying to compare our culture today and Republicans today —

RUSH: Yeah. There’s another way — look, everything you’re saying is right on the money, Martha, don’t misunderstand. But there’s another way to analyze this. Now, Elizabeth Drew, her heyday was that era, in the seventies and eighties. I mean, she was the equivalent of maybe, I don’t know, it doesn’t matter. She was big in her day.

CALLER: Like Camille Paglia, who is still — but she’s not crazy

RUSH: Don’t insult Camille Paglia. Elizabeth Drew was a classic Washington uber-liberal-for-the-day leftist, and she was a star. She was one of the people on TV, one of the first print journalists on TV offering her opinion on things. But here’s another thing. Everything you say is right. What was a moderate Republican in the Nixon era would not be seen as a moderate today. They would be seen as a right-wing wacko. That is her point.

But here’s what Elizabeth Drew is really complaining about. Back in the Nixon era there wasn’t any conservative media, so those moderate Republicans were dutifully silent. They were not combative. They were not outspoken. They were part of the Washington establishment, and they had a clear understanding of who ran the town. That was the Democrats. What Elizabeth Drew is upset about is that that arrangement has been blown to smithereens.

Because Reagan had not yet come along nationally as governor of California at the time raising hell out there, but still, in Washington, clean, sophisticated, the Washington Post set the societal norms for the capital city, the New York Times did for Manhattan. And that would mean the Upper West Side was dominant. But those days are gone now because there is no unity of narrative. There is no Unitarian set of facts that everybody goes by. She’s an old bag now and she just resents the fact that things are not the way they used to be.

Martha, you really hit on something. When you talk about our cultural baseline and how it shifted, what she doesn’t realize is that it is her party and her side of the aisle that is literally destroying the cultural foundation of this country. It’s not us. We are those trying to maintain it, you know, in the sense of law and order, in the sense of a commonly understood morality, a commonly agreed to right and wrong. The left will not even agree with that. The left’s reaction is you don’t have the right to determine right and wrong. Who are you to say? Therefore there is no definitive morality. There is nothing but moral equivalence.

And so the guardrails on our society that keep us all on the straight-and-narrow have vanished. And the further someone drifts to the left off of this highway, the better it is. The left is single-handedly and purposely — and this was one of the objectives of the Obama administration. The Obama presidency was to transform the United States. Not just politically, not just away from the Constitution, but culturally and morally as well, to throw everything upside down on the basis that all of the people who are on the wrong side of right and wrong were victims of a white patriarchy unfairly defining right and wrong. And so it was time for an uprising and a revolution.

And the people who were, you know, the malcontents and the miscreants and so forth, they wanted their day where they didn’t want to be called odd, weird, illegal, wrong. And so society broadened to accommodate deviant behavior and have it claimed to be now normal and just and triumphant. And in the process, the cultural foundations that have helped to define this country, in terms of basic decency, they’ve been blown to smithereens by the left. I really think that is the big result of this leftward drift of culture, whereas Elizabeth Drew thinks people like me have blown it up to point where we’re just trying to hold on and stop it.