RUSH: Now to Alan Dershowitz. Alan Dershowitz has written a piece at Fox News confirming. Here’s the headline: “Comey Confirms That I’m right — and All the Democratic Commentators Are Wrong.” Now, we’ve played sound bites of Dershowitz. He has just made mincemeat of these left-wing commentators who don’t even understand the Constitution, like to Jeffrey Toobin — who wants to try to criminalize the fact that the president would talk to the FBI director. They seem to believe the FBI director has powers independent of the president and that the president has to be subordinate to the FBI director. You actually have learned lawyers on CNN and throughout the Drive-By Media who believe this, in order to be able to categorize Trump as violating the law. 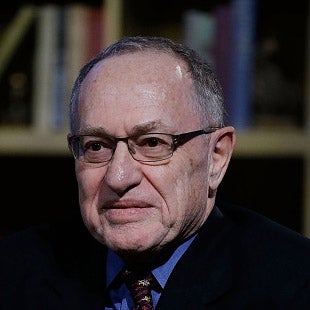 Dershowitz, every chance he’s gotten, has pointed out that these Nimrods don’t know the Constitution. It’s the president that runs the executive branch, and if anybody answers to anybody, it’s the FBI director answers to the president. The president cannot “obstruct,” by definition of the Constitution. The president cannot obstruct the FBI director. He can order him around. He can tell him to do this, not do that. Obama… Has anybody forgotten? Obama ordered the Justice Department not to prosecute DREAMers, not to prosecute the DOMA act? Just willy-nilly.

Remember when you first heard of this? “Obama orders the Justice Department to stop prosecuting…” He can do it. He runs the executive branch. By the same token, Trump can do it. So Dershowitz is coming along now… It’s really strange, too, to have Dershowitz essentially focusing his fire on like-minded leftists. But I think he’s such a strict interpreter of the law and the Constitution that I think he’s greatly offended by people in positions of power on major media networks and newspapers who are ignorant of it. They ought not have the job if they don’t know what they’re talking about.

If they don’t understand the nature of executive power, the separation of powers — and if they’re gonna use their ignorance to try to indict Donald Trump as somehow being subordinate to James Comey or whatever — they don’t deserve to be on TV. I think it bothers Dershowitz greatly, and he’s made no bones about taking them on. Now he’s writing a piece that says (paraphrased), “Comey’s testimony proves I’m right. Comey’s testimony confirms that all the Democrat commentators are wrong!”

Wait ’til Dershowitz learns that all these people have known all along that Trump was never a target of the investigation.