Why the Van Attack in London Excites the Media

RUSH: The big news in the media today, it’s hard to pick one thing here that trumps everything else. But I guess it’s media excitement. And, again, this is tough ’cause they’re all excited and breathless over the possibility in their minds it’s just a matter of time before they get rid of Trump. But the van attack in northern London, the media loved this story. You know why they love this story? Are you aware of this story? Okay. You’re not surprised why the media loves this? 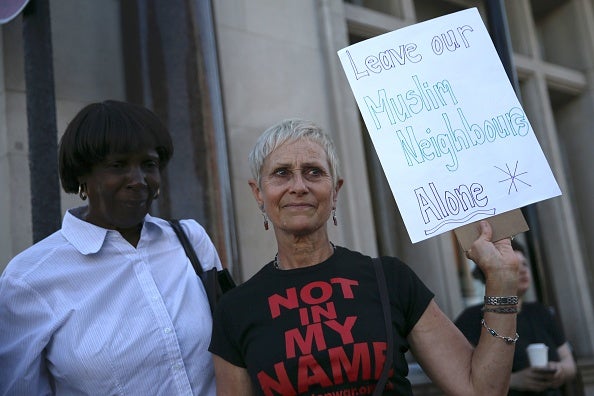 Well, what happened is a bunch of anti-Muslims grabbed a van and drove through a pack of Muslims at a mosque. It’s retaliation for Islamic terrorists driving their vans through crowds of people in public places in London. And the media’s beside itself. They’re just so excited over this because they finally think they have an example of the long promised backlash against Muslims.

In fact, the media were so eager to advance this story, they’re throwing aside all of their usual pretenses. There is no talk of an alleged attack or alleged attacker. There’s no reluctance to point out the race of the van driver. In a militant Islamic attack, it sometimes takes hours or days before the Drive-Bys will even use the word “terrorism,” before the Drive-Bys will acknowledge that the terrorist was in fact a Muslim extremist.

But they have broomed that. Their report calls this incident terrorism about five times. So in the Reuters world, Islamic radicalism is never terrorism. In the case of this instant where some white guy drove through crowds of people at a mosque, it’s automatically terrorism by a white guy. It’s automatically the long-promised backlash against Muslims. And the media is just excited as they can be. Do we know if he’s conservative yet? Are you kidding? The guy’s probably a devout Roman Catholic or some other kind of Christian. I mean, conservative? Conservative? That will only get halfway there in describing this guy.

Now, as usual, there are people out there, and I hear from them, who don’t think this is a real event. I have people who think the militant Islamists staged this thing. You know why? Well, apparently the van was going two to three miles an hour, and apparently victims were trying to get in the way of it, wanting to get hit. Did you see anything like that? Have you seen anything like that? Well, I must have seen that on NBC.

They’re doing conspiracy theories now on NBC. So that may be where I saw that. Maybe I better retract that. I did get a bunch of people send me a bunch of different sources the van was doing two miles an hour and people were jostling each other to get in its path so they could be hit by it. As I say, probably an NBC story.