RUSH: Ladies and gentlemen, I need to ask your indulgence here at the beginning of the program. I’m heartbroken today, as is everyone in our family, to say that my father-in-law, Richard Douglas Rogers, passed away yesterday afternoon in Honolulu. When I mentioned him during the Father’s Day tribute yesterday, all of us were hopeful for more time. But, unfortunately, God had another plan. And it was sudden.

In honor of Richard, Kathryn and I would like to thank the brilliant and the caring doctors at Dana-Farber in Boston. These people literally devote their lives to finding new cures and treatments, achieving improved results for cancer patients. And the thing about Dana-Farber, their culture is to care for the patient and the families as a team. And they do it so well. They inspire comfort and competence which made everybody involved here confident and assured that Richard was in the best place he could be.

You know, we talk of sports heroes and other celebrities, but these doctors and their associates at Dana-Farber and other similar medical institutions around the country are the true heroes who are devoting their lives to searching for cutting-edge treatments and hopefully, someday, cures.

Now, Richard was the epitome of health. I’m sure that many of you have experienced this, literally the picture of health, had never been sick. He did not look a day over 60. You couldn’t keep him seated. He had to be constantly on the go. He ran more errands than anybody I’ve ever met. He only had one speed, and his mind was a hundred miles an hour every time he was awake. And he had many things to occupy it. He was brilliant with numbers.

But, tragically, as has happened with many of you in this audience, he was diagnosed out of the blue. He went in for some other checkup, went in for some other reason and came out with a diagnosis of advanced pancreatic cancer, which, that’s a death sentence. Pancreatic cancer, and it was out of the blue. There were no signs. There were no indications whatsoever. This was in late November.

So we immediately stopped everything and we went and got him in Honolulu and took him to Dana-Farber in Boston. Folks, he had never been sick. The idea of medicine was foreign to him. And this diagnosis hit him and everybody who knows him like a ton of bricks. But his determination and his spirit and his positive attitude, his humor never wavered. I have been amazed at people in this circumstance. I’ve never seen people give up, I’m sure it’s happened, but I’ve never seen it, and Richard didn’t.

I would go up as often as I could. He was at Dana-Farber from November through January being treated and counseled, and I would fly up whenever I could. And every time I left he would make a point of getting out of bed or out of his chair and walking with me down to the lobby. He was well mannered and cultured, and he wanted everybody to know how grateful he was. And I said, “You don’t have to go all the way down there. I know where it is.” 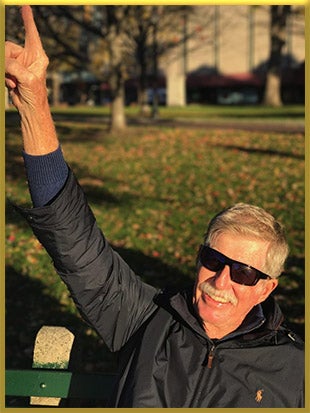 We posted a picture of him at RushLimbaugh.com yesterday afternoon. You could look at him, he was handsome; he was brilliant; he was quick-witted; he was hardworking; he was analytical. And he’s one of these guys that kept getting better as he got older. And there was a phrase going around that he was the best version of himself, or she was the best version of herself. But in his case, as he got older, kind of like me, every year was better, every year was happier, every year was more rewarding and more fulfilling.

He made friends everywhere he went, he and his wife. When they would come and see us from Hawaii they would fly to LA and drive across the country. They would get in their Cooper Mini and drive. When they left here they’d drive across the country, stop in Oregon for a while, and then fly back. They loved meeting people in the country, saw people, stopped everywhere. We couldn’t believe it. But he loved it and did it up until he couldn’t, which was last summer.

He loved efficiency. He watched systems that worked. He loved to plot numbers. He played scratch-off lottery cards. We could never get him to go to Las Vegas, which would be, I mean, if you like scratch-off lottery cards, Las Vegas, we tried and tried and tried. It’s just one of those things, the bucket list, that didn’t happen. He didn’t suffer fools easily. He made that quite well known.

I mentioned yesterday he went to the Naval Academy. He graduated in the same class as Senator McCain. What I didn’t tell you is he was a protege of Hyman Rickover, who was the founder of the nuclear Navy. Richard Douglas Rogers was at the right hand of Hyman Rickover in Honolulu, Pearl Harbor, at the time our nuclear Navy was ratcheting up. Eventually that ended and he began a career in international business as an executive traveling all over the world.

And after he had put in his time with that career he then followed his wife around. She was a diplomat in the State Department, and her postings took them, as I mentioned, all over the world, to Rio de Janeiro, to London, to the Philippines, to a little nation in Africa called Guinea-Bissau. Kathryn was along for the ride, speaks all these different languages and has met all these people from around the world.

He led an amazing life, and he was devoted to his family. He always jabbed me about politics. He was not a political guy, but he followed events and he very deeply cared about them. But it was not a subject or topic that dominated his conversation. They’d pull into the house, pull into the driveway, get out of the car and we’d go to the front door and greet them. He’d start jabbing me about whatever the political issue of the day was, what was I gonna say about it or what did I say.

He one time, “What would you do in Iraq? I keep hearing you complaining about Iraq and the Democrats, what would you do about it?” So I told him what I would do, and he paused and he said, “You know, that actually make sense to me,” as though I was smart. He loved our dogs, the three sheepdogs. He felt especially sorry for Wellesley. One of our sheepdogs is obviously — well, she’s a lovable dog but she’s maybe not quite all there, which is fine in a dog. So he felt a special affinity for Wellesley and they’d go spend a day in the house when they were here.

But he always kept me on my toes about this stuff, and he was always up to speed. He loved sports. FanDuel. DraftKings. On Sunday afternoon, you couldn’t get him away from them. You could ask him to multiply any set of numbers and get an instantaneous answer. He had that kind of ability with numbers. It’s something we’ve all been through — many of us too many times. I’m sure many of you have had a family member that was the picture of health and was happy and running around. 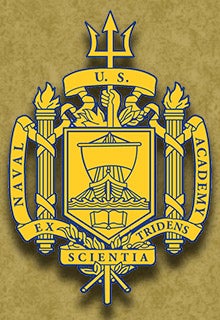 And then a checkup, a scheduled checkup at the doctor, and you walk out of there blindsided. You cannot believe, especially Richard Rogers, who had never been sick (or if he was, he wouldn’t tell anybody; never took medicine) and to be hit with that diagnosis? It’s just such a sudden shock. It’s a tremendous loss for everybody for a number of reasons: the resource, the camaraderie, the personality. We’re all unique people. But in Richard’s case, there never really will be another one of him.

And that means he’s irreplaceable, as a husband and as a father. So he will be missed. But his legacy will live on through his wife, Penny, their four children and grandchildren. He is in all of their hearts, and his legacy will be exemplified in the lives they lead. Richard Douglas Rogers, gone way too soon. Until we meet again. This is in honor of him. The United States Navy military personnel serving our great country.