RUSH: You know poor old Otto Warmbier, the student that went over to North Korea and they tortured so severely that he died within days of being returned? You would not believe the hate being written about this guy by people on the left and by supposed comedians, who are just raking this guy over the coals. They just can’t come to criticize a bunch of communists for committing murder or manslaughter against an American citizen. 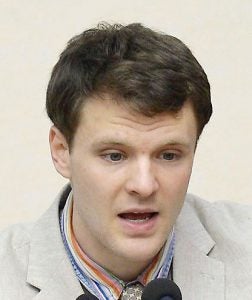 They have to blame this guy, and they blame his whiteness. “Yeah, he was some rich white college kid who thought he would go to North Korea and play a prank. But you just can’t go to a foreign country and steal their stuff!” His escapades are attributed to his “white privilege.” I mean, it’s the most repugnant thing. This guy’s being trashed and all that — and never mind the fact that the Obama administration was powerless to do anything about it.

In fact, the Obama administration told Warmbier’s family, “Do not post any ribbons. Don’t put any yellow ribbons out there on the trees in your front yard. That might make the North Koreans mad.” I mean, it was just… But the way this guy is being savagely attacked? He may have done some risky or dumb things, but he’s being blamed for being a “rich white kid,” exhibiting his “white superiority,” and he found out that it didn’t get him anywhere. It’s just amazing.