Don’t Tell Hillary a Woman Can Beat a Man

RUSH: I tell you, I wouldn’t want to be in the group of people that have to talk to Hillary Clinton today. You gotta go talk to Hillary, you gotta be careful not to tell Hillary, don’t tell Hillary that a woman can beat a man even when she’s outspent by a gazillion dollars. Trump spent a fraction of what Hillary spent and won. Ditto Georgia-6. Karen Handel spent a smidgen of what was arrayed against her, and she still won, and it wasn’t close.

Last I looked it was 16,000 votes and a six-point spread. But Hillary is out there saying (imitating Hillary), “You know, it’s just tough, the glass ceiling, it is tough for a woman. I’m sure it’s because I was a woman I was defeated. There’s so much bias out there.” Don’t tell her what happened here in Georgia-6.

I have a thought. You know, folks, I don’t want to get ahead of myself. I’m not gloating here. I just want to put something out there. We are conditioned, we conservatives are conditioned by 40 to 50 years of living with a media bias, insurmountable, undefeated, undefeatable media bias, at least in our perception. And we have always just assumed that — myself, too — that the media does succeed in influencing way too many people, particularly the low-information voter.

But what if, what if the media is actually disliked and not respected far more than we know? What if the Democrats right now are literally despised because of what they’re doing, by average, ordinary Americans — despised by them? I think that’s a reality that we are still afraid to admit, because it seems so unnatural and impossible. But what is the media, what are the Democrats doing that is charismatic, that is infectious, that’s uplifting, that’s inspiring.

I’ve never seen anything like it. They’re obsessed. They are lying. They are making things up. Fake news is real. They can’t be depended on. They can’t be counted on. More and more people are angered by it and becoming less and less trusting. The lies, the smears, the corruption, the cheating, it all matters. It’s a cumulative effect. It all matters. It’s not a passing thing, and I think it’s a group of things we have to put in the column here trying to help us understand what is going on. In other words, I think they’re doing great damage to themselves by just being who they are.

RUSH: Look, folks, I just want you to remember, I predicted the Ossoff defeat. I never wavered, I was never doubtful, I was never anything other but solid confident, and I could sit here and tell you why. I just was sure that the modern-day Democrat media tactics were not working. Even with all of that outside money and even with all of the disparaging ads run against Handel.

Now, you might say, “But, Rush, it was a Republican district, and Tom Price won it by 23 points just seven months ago.” Yeah, throw that out, folks. That’s the kind of talk the Democrats — the Democrats are so sick that they are even now telling themselves they won. They are telling themselves that this was a victory. I’ve got story after story saying that these four losses set up the momentum for retaking the House in 2018. That these four defeats light the path and illustrate the way forward to Democrat victory. We have people that are not planted in reality.

Here’s Chris Van Hollen. He’s a senator from Maryland, used to be in the House leadership. He was on CNN. Kate Bolduan said, “If you didn’t think you could win in Georgia-6, you wouldn’t have put tens of millions of dollars into it, right?”

VAN HOLLEN: The reason Jon Ossoff had those resources was you had energized Democrats from around the country. There are lots of congressional districts that are currently held by Republicans that are not nearly as ruby red as either of these two districts last night. And so cutting down that margin should actually give comfort to lots of Democrats and should actually scare a lot of Republicans. And that was the assessment of the Cook political report. The fact that Republicans are winning these elections but really tight margins in very ruby red districts is really cold comfort, I think, for them.

RUSH: So the winners are supposed to be worried. The winners are supposed to be very concerned because the wins actually signal future defeats. The Democrats who are losing are to be encouraged. The Democrats losing all this money pouring in, “That’s the greatest sign we could have had. Look at the enthusiasm behind that money.” No, look at the stupidity behind that money. Do you realize how many times they’re now gonna have to go back to the well and recapture that money for the 2018 midterms?

There was so much money spent on this one race last night they could have funded six House races using average expenditure numbers over the past two years. There was enough money here to campaign, fully fund six different Democrat campaigns, and they blew it. And folks, they didn’t even try to make a connection with the people who live in that district. They went out and they found a guy who didn’t even live there who they thought looked the part. They even forced this guy to get engaged.

Do you realize this guy went out and got engaged simply to try to win the seat because there was criticism he was living with a girlfriend, he wasn’t even in the district, oh, my God. So he got engaged. All this money from Hollywood. This was anger money. This was enraged money. This was money to make a statement. This was we hate Trump, and we’re gonna try to spend this money to show that everybody hates Trump. And that’s why they are despondent.

RUSH: Here is Jason, Lynchburg, Virginia. Welcome, sir. Great to have you on the EIB Network. Hi.

CALLER: Hi, Rush. Thank you for taking my call. I appreciate it.

RUSH: Give me a name so I — like Pelosi, Schumer, these are establishment Democrats to you?

RUSH: And the others are like the college students, the snowflakes, the protesters, the —

CALLER: Exactly. Exactly. And the establishment Democrats, they know they don’t have ideas to beat Trump. They know that. But they’re not gonna tell their constituents that. So they’re afraid. They’re trying to block things, resist, all that kind of thing, but they’re terrified. The kind of the sad thing here, though, is that the college age Democrats don’t know that their leadership have no answers, and so they’re angry. They think that their leadership has the answers to beat Trump. And so that’s why they’re so enraged, because they just know that if their person got in, they’d make it all right, but they don’t realize their philosophy cannot move this country forward.

RUSH: Now, wait. Let me ask you a specific question. When you say the establishment Democrats don’t have any ideas to beat Trump, do you really mean they’re out of ideas and they don’t, or just that they know their ideas don’t work?

CALLER: They know their ideas don’t work because they’ve had eight years.

RUSH: Right. But ohhhh, that puts a different color on it. So you think they, in their hearts, are admitting the Obama —

RUSH: — administration was a failure?

CALLER: Absolutely. They know it was a failure, but they’re never gonna admit it. And so they’re terrified, they don’t know what to do, so obviously that’s why they’re going to the Russia thing — 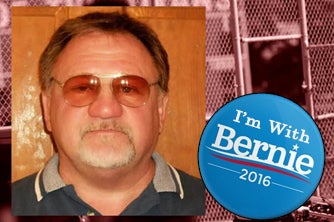 CALLER: — every minute of the day. But their constituents, you know, when I think about these college age Democrats —

RUSH: Hey, don’t forget people like Hodgkinson out there.

CALLER: Right. The first reaction I have is frustration, but then when I think about it, it’s kind of sad. This is a leaderless group of folks. They have nobody above them with any answers. But they don’t know that. And to me that’s a sad state.

CALLER: That’s why we see so much anger.

RUSH: I’ve got a time problem, I’ve gotta take a break here, but I have to ponder this. Appreciate the call. Thank you very much.

RUSH: Sarah in Clermont, Florida, it’s great to have you on the program. How are you?

CALLER: Yeah. We don’t talk about how school is welfare. It’s a government subsidy.

RUSH: Wait. We don’t talk about how school is welfare?

RUSH: I don’t know, but you’ve gotta send your kids to school. You can’t keep them at home all day even if you want.

CALLER: You could homeschool them.

RUSH: You could homeschool them, true.

RUSH: But they have to undergo some kind of — you don’t want to keep your kids home with you all day.

CALLER: Yeah, because then they don’t get socialized with all the other liberal little kids.

RUSH: Well, look, you’re taking the parents out of any role at all in shaping, forming, and flaking these young crumb crunchers. The parents have a profound role to play here. But look, you send ’em at school, they become liberal, therefore it’s the parents’ fault for sending ’em to school. I went to public school. But, look, we weren’t indoctrinated with liberalism when I went to public school. Not where I grew up.

Hell, FDR was not treated as the greatest hero ever when I went to school. I mean, we’re taught the truth about him. He was not presented to us as some kind of god, unassailable good, like the left wanted everybody to believe that he was. Well, I don’t know. I had one teacher who could not get over the fact that Wendell Willkie lost. It’s all she wanted to ever teach about, was how great Wendell Willkie would have been.