RUSH: Tanya, I’m glad you called, great to have you on the program. What’s shaking? What’s up?

CALLER: Well, you know, you were talking about how the Democrat callers can’t get hold of that Millennial, millennium generation, and I’m the exact reason why. My husband and I, I don’t know what generation we are, he’s gonna be 50, I’m still quite younger than him, ha-ha-ha. And we have a 22-year-old that works full time that lives in our basement that claims to be a Democrat. Well, of course when those Democrats call my house I’m not gonna let ’em talk to my son, ’cause I don’t agree with them and I pay for the phone bill.

RUSH: (laughing) Did you tell them that they were called.

CALLER: Yes, I tell them they’re called and I tell my son if he wants to talk to them, if he wants to be a Bernie Sanders supporter then get out on his own. Well, they’re not gonna get out on their own because they’re too lazy. The problem is my husband and I’s generation created these monsters ’cause back in the day when we played sports —

CALLER: Yes, we created these monsters.

RUSH: Let’s kind of moderate our tone here. We’re talking about your children —

CALLER: I’m talking about my children, and —

RUSH: — and you refer to them here as monsters.

CALLER: — I have said this to my children’s face, trust me. As you can tell, I’m a little outspoken, so my children have heard this. My husband and I’s generation created these Millennial monsters. When I was younger, you didn’t get a ribbon if you didn’t win, so you tried harder the next year to win, correct?

CALLER: No, that’s the problem because we decided that all of our children should get a ribbon because they participated, they did so good. They went out there and they tried, oh, my God, look how the good Johnny did out there, oh, my God, he’s sweating, he deserves a ribbon. So we created these monsters. So now my 22-year-old thinks he’s a Bernie Sanders supporter because he wants everything handed to him, like Mommy and Daddy did. So when Mommy and Daddy stopped handing it to him, then the government should, because he shouldn’t really have to work for it, Rush. Mommy and Daddy gave it to him, so —

RUSH: Look. Here’s the thing, though. Parents give kids everything up to a point, there’s no choice. I mean, at some point kids supposedly, ostensibly become responsible, but it is a fact of life that parents have to give their kids everything, up to a certain point. In my case it was 13. That’s when I went out and got my first job. It wasn’t enough to live on by any stretch. It wasn’t enough to move out. I didn’t want to move out or any of that.

I started working and really earning serious money — well, serious money — when I was 16. But this current generation has been influenced by, not just their parents, they’ve been influenced starting at day care, starting in grade school on up to middle school, and then high school and college. I mean, they are the definition, I think, of mind-numbed robots. They haven’t been taught critical thinking. They’re just sponges. They just absorbed all this stuff. And the greatest thing that’s happened to them is they have been exonerated. They have been exempted from responsibility for anything.

But at the same time they become dependent, they are angry. Democrats make sure that everybody’s angry and filled with rage over the unfairness of life, over the indecency, over the lack of equality. And how many of you, by the way, are now noticing more and more the use of the word “sustainability”? The media talks about it.

But it’s a story about Tesla cars and — here you go. This is an example of how Millennials have been sold a bill of goods. There’s actually two stories. There’s a poll out, and Millennials say that student loan debt is as bad as global warming and is worse than North Korea. This was a survey provided to the Washington Examiner by LendEDU. It’s a loan outfit, and they survey Millennials over what’s bothering them.

It makes no sense, but this is what they’ve been led precisely because they do not critically think, they have no ability to do so. They’ve just absorbed all of this poisonous propaganda, and they believe it, and they live their lives scared to death that there isn’t gonna be a sustainable planet by the time they reach 60 or 65 or maybe even sooner. 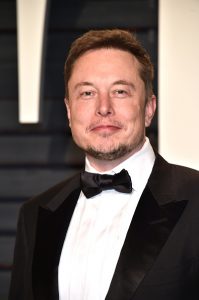 Okay, so you have that. This is from a website called Watts Up With That. Tesla car battery production releases as much CO2 as eight years of gasoline driving. Now, it’s a disjointed story, not written that well. I’m not gonna read it to you. It’s translated from Swedish is why. But when you finish reading this, you could conclude that this whole electric car genre is a scam.

And let’s just look at it in two ways. A, electric cars save the planet by engaging in clean, renewable energy. And they permit many fewer CO2s, and they contribute far less to the greenhouse effect. Well, all of that is absolutely wrong. Where do you think the battery gets its juice? The battery gets its juice like every other electrical appliance gets its juice: from a plug and a jack on the wall that is connected to the local coal-fired power plant.

So everybody driving around an electric car is effectively driving a machine driven by coal, which they hate because they believe it’s destroying the planet. Now we learn that the production of these batteries, the manufacture of these batteries releases as much CO2, which is the number one guilty element in climate change and in the greenhouse effect. CO2, it’s the enemy, it’s the worst thing that can happen. And manufacturing these electric car batteries releases as much CO2, just in making the battery.

How long does it take to make the battery? A week? If that. The manufacturing process of the battery releases as much CO2 in the atmosphere as eight years of driving an eight-cylinder family sedan. What do you think would happen if you told them this? They wouldn’t believe you, think you’re making it up, wouldn’t compute. They don’t know how to receive information like this. It doesn’t fit with the reality that they have been buttonholed in, and they reject it out of hand.

They’re dupes. They’re being used. And all the people using them are getting filthy rich off of this scam. Take a look at them. Tom Steyer, Algore, Leonardo DiCaprio, take your pick, any of these people pushing climate change, look at what’s happened to their personal wealth from the day they began the quest to the present. They’ve become multi, multimillionaires, and they plying around in jets and they’re living lifestyles that are destroying the planet, ostensibly. But they have an exemption. They’re good people. It’s necessary for them to spread the word so they’re exempted from any damage to the planet. It’s all such hocus-pocus.