RUSH: Here is Andy in Alpharetta, Georgia, welcome, great to have you with us. What’s happening, what’s up, what’s shaking?

CALLER: Mega 6th district dittos, Rush. How are you?

RUSH: It is. If you live in Georgia-6, yeah, glorious day.

CALLER: If you live anywhere, this just slam-dunked the whole argument the Democrats are trying to make.

RUSH: Wait a minute. Wait a second, here, Andy. Are you telling me you don’t feel like you lost because you only won by six?

CALLER: No, not at all. Slam dunk.

RUSH: ‘Cause you’re supposed to be very worried you won only by six. That doesn’t bode well. 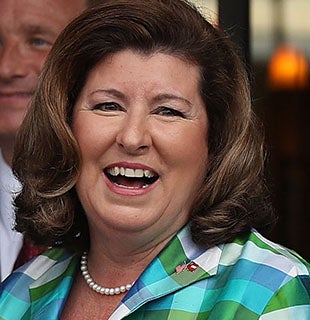 RUSH: The Democrats are clearly on a roll here.

CALLER: I’ll tell you what worries me, Rush. What worries me is when we get some of our, quote, unquote, conservative announcers that we have here in the local market talking about how we’re gonna lose 15% of Republicans. They’re gonna sway the other way to make a statement against Trump. That’s what’s worrisome.

RUSH: Wait. Hey, hold it, hold it a second. I have an email from somebody in Georgia-6 that told me the same, and I think that came from a WSB poll; is that right?

RUSH: But who did you get mad at for reporting that?

CALLER: WSB and Erick Erickson, who I think has guest hosted on your program before?

RUSH: Erick has guest hosted, yeah, but look, that’s what the polling data said. Look, the person who lives in Georgia-6 is a nationally famous meteorologist. I cannot give you his name because he has never given me permission to. But he was worried, he saw that poll, he said every Democrat voting for Ossoff and 15% of Republicans were gonna vote for Ossoff.

CALLER: You’re always right, Rush, and more so, you confirm what we already believe anyhow. So we know in our hearts that Karen was gonna take us to the finish line.

CALLER: And you just confirmed what we already know.

RUSH. So that’s why it’s a glorious day, Rush.

RUSH: Well, I’m glad that you’re experiencing that. Now, it says up here that you are a parent, one of the ticked-off parents. Democrats are coming after your kids to try to poll ’em or get money. Is that true?

CALLER: That is true, Rush. I have a beautiful, smart, conservative daughter going to the University of Georgia, and she had a lot of friends on campus that actually voted for Hillary.

CALLER: But in this runoff election with Karen Handel, she had herself and all of her friends who went for Karen but yet I collected the daily mail out of the mailbox and every day we had the mail from the opponent and it would get sorted, put in the trash very promptly without her knowing it. And I would get the robo-calls to her attention, but yet to my phone number, so those would get dispatched as well.

RUSH: Did you connect them with their daughter or not?

CALLER: Oh, yeah, they even asked to speak to her.

RUSH: See, the news story was — and, by the way, I’ll mention this again because it’s been about an hour, 20 minutes since I mentioned this. One of the Democrats doing the postmortem of the election said that the biggest problem they had — well, one of the biggest problems that the Democrats had was they could not independently reach Millennial voters in Georgia-6 because so many are still living with their parents. And they couldn’t get through to ’em, and it frustrated them.

I mean, these are potential Ossoff voters. I mean, these are voters that would look at a Pajama Boy and see a real man, and the Democrat fundraisers and the precinct workers couldn’t get to them. Their parents were shielding them and not helping them because their parents were ticked off at ’em for voting Democrat. But you don’t fit that profile, so you’re talking about something else that was happening. But I’m glad you called. Glory to you.

I just got an email from the nationally known and renowned meteorologist from Georgia-6. He says, “Rush, I’m glad that you correctly predicted the outcome of the election. I can tell you that no one I knew here thought that Handel would win.”

Now, folks, I actually think this is crucially important and a teachable moment. This man that I’m referring to is as solidly conservative down the middle as anybody I know. He lives in Georgia-6. This is a district that sent Newt to Washington and Tom Price by significant margins. Now it’s been redrawn since then. It’s not the conservative behemoth that it used to be, but it still is. It leans red. He’s lived there for a long time, and he was convinced.

And I’m just telling you, if he thought that, there have to be lots of others, and she still won. Despite that obvious pessimism, despite believing that the Democrats are gonna run away with it, they still went out and voted. There was no question in my mind, these polls that showed 15% of Republicans crossing over to vote for Ossoff, that’s attempted voter suppression.

You know, it’s about time you professional conservatives out there started realizing that everything’s not on the up and up in these institutions that you’ve always trusted — the media, polling units — because the Democrats and the left have corrupted virtually every political institution they have their hands on.

Fifteen percent are gonna vote for the Democrat. Why? Well, the premise for that was everybody hates Trump. Well, my nationally known meteorologist doesn’t hate Trump. There might be some conservatives in Georgia-6 and around the country who do, but they’re not that numerous! Otherwise the Democrats would not be losing all these elections. But nevertheless, she wins by six points, last I looked it was 16,000 votes. That was with not every precinct in. I didn’t keep up with it after the race had been called. So I don’t know what the actual vote margin was or percentage. I think it’s around 6%.

That is not close. And it’s useless to talk about, “Well, the Republicans used to win by 27.” What percentage did Bill Clinton win the presidency by in 1993, 1992, and 1996? Anybody know? It doesn’t matter, does it? It doesn’t. Six months from now it isn’t gonna matter what Karen Handel’s margin of victory was. It’s not gonna matter until the next election when the political consultants get into gear and try to tell voters that she actually lost, because this is what polling has become, Democrat voter suppression. 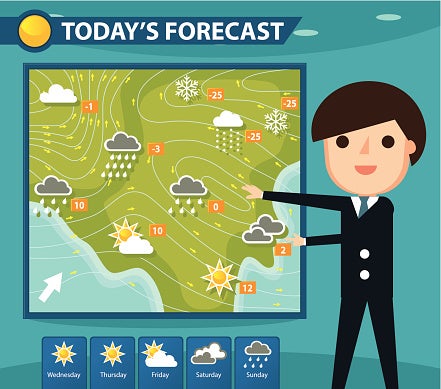 Fifteen percent of Republicans crossing over to vote for the Pajama Boy. Give me a break. There was no way that was gonna happen. Common sense told me it was not gonna happen. I took no risk whatsoever predicting that Handel was gonna win, and I did so boldly two weeks, three weeks, a month out. In the face of Politico having him up seven points, I rejected it all. I didn’t feel like I was taking a risk at all. I didn’t risk anything saying that he was gonna lose or she was gonna win, whichever perspective you want to take.

Now, back to the meteorologist email. “I can tell you that no one I knew thought Handel would win. It was comical that I was getting texts and calls from some liberal group who thought they were texting my daughter. She voted for Handel too. You did a good job on your forecast analysis. Here in Cobb we didn’t get much rain.” This guy’s even thinking the rain was a partisan factor.

He’s a meteorologist, nationally known, world famous, does not believe in global warming, so if I told you his name, he’d be fired. That’s why I can’t. He would literally be fired. Well, maybe not, but he’d be in trouble. And our last caller, he said he threw away the mail that the Democrats sent to his conservative daughter, before she saw it.

It gives me an idea. You Republican conservatives who still have Millennial kids living at home, ha-ha-ha, throw away their mail. If it looks like fundraising, generic fundraising me, throw it away. The Democrats are having trouble reaching your kids anyway. (laughing) That was the funniest headline I saw last night. I put it at the top of the Stack. Democrats frustrated they could not get to Millennial voters because so many still live with Mom and Dad.

RUSH: Okay. Here you go. Handel won by 9,700 votes and four points. And when I last looked it was a six point race, and she was up by 16,000. So she ended at 9,700, round it up to 10,000 votes, and it was 52 to 48, so four-point win for Handel. That’s according to the New York Times. Of course, that equals a Democrat victory. Oh, yeah, that establishes sustainability and momentum going forward for Democrats to retake the House in 2018.