They Call Us Right Wing — I Call Us Mainstream

RUSH: Carl in Leona Valley, California. I’m glad you waited. It’s great to have you on the EIB Network. How are you doing?

CALLER: I’m doing fine, Rush. Thank you so much for sharing your mic with a rank amateur.

CALLER: Listen, thanks to the advent of the podcast and the iPod I’ve listened to you for probably seven years now, and I listened to every word. There’s no interruptions, I can always back you up. I just love this thing strapped to my belt buckle. And I can play your whole show. But I don’t recall anybody calling in and talking to you about — well, I guess what I’m thinking is so many people refer to you as being on the right, way right, you know, or extreme right. And I’ve given that thought, and I know the left is almost all the rest of the media. I don’t know anybody that’s on the right. I wouldn’t know where to begin. To me, you’re the guy in the middle.

RUSH: You know, I have to tell you something here, Carl. I haven’t said this a lot, but over the course of the many years of this program I have on occasion said that the truth of the matter is that this program is actually — and the people that listen to it — is actually the mainstream of America. They try to marginalize you and me by categorizing us as the so-called extreme right or the far right or right wing, which is done to denigrate anybody who’s not liberal. They always tar them.

The new one is alt-right. And the alt-right is everything a conservative is plus he’s a white supremacist. And so that’s Steve Bannon and the Breitbart people, those are alt-right conservatives. And of course that’s BS as well. The left makes up these labels. They assign people falsely to these labels. But this is actually a very shrewd observation of yours. I’m not denying, I’m conservative. But do you realize there are many, Carl, in the so-called conservative movement who think now that I have sold out and betrayed conservatism because I did not help to try to destroy Trump during the primaries?

CALLER: Well, maybe they need to do like you and start writing some history books, because I think when you look at it from a viewpoint of, what are we gonna see 20, 30 years from now when we look back at Obama and some of these nutcases, it just gives you a whole better perspective. And I think that’s where you come from. You always see a bigger picture than the current little windstorm that’s going on.

RUSH: Thank you. I’m ideological. I’m not gonna deny that. But how does it manifest itself? You know, I have very subtly had a name change at my think tank. It used to be the Limbaugh Institute for Advanced Conservative Studies. But then other conservatives excommunicated me from conservatism and I no longer qualify. So I changed the name of my think tank to the Limbaugh Institute for Advanced Anti-Leftist Studies. 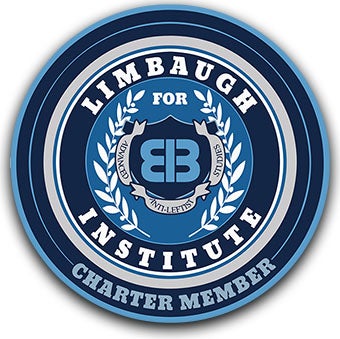 Because when you get right down to it, how do you explain Trump? Let me just tell you right off the bat — I’ve said this before — I didn’t think there was a single Republican who was going to beat Hillary Clinton. I might have been wrong, but of all of them running, I just didn’t think it was gonna happen.

I thought from Trump’s first day, from his trip down the escalator, that he was gonna win. And maybe someday I’ll tell you why. We’re not far enough removed from it yet for me to tell you why. But I can easily tell you why I thought that was gonna happen. And if you knew how to listen carefully, I’ve already actually explained that, although not by saying, “Let me tell you why I knew Trump was gonna win,” but I have explained it over and over, time and again, in indirect ways.

When the NBC Access Hollywood video came out, I did not think that was going to damage Trump. I didn’t. And I was one of the few. I mean, even the Trump campaign, they were panicking, understandably so. I didn’t think it was gonna matter, because what I knew was that there wasn’t a thing anybody else could do to break up Trump supporters from Trump. There was nobody. Access Hollywood couldn’t do it, NBC couldn’t do it, none of the media could do it. Only Trump could do it.

The only person that could destroy the connection he had with those gazillions of people showing up at the rallies was he himself. Nobody else could. And so I never doubted. And I always thought that Trump was gonna win. And I always thought Trump would beat Hillary. I probably cannot go back in archival broadcasts and find such precise predictions, but I mentioned it over the course of campaign, many people here, Mr. Snerdley, I never had any doubt about it. But during the primaries I never endorse anybody, so I didn’t endorse Trump and I didn’t try to destroy any of them. They do it themselves.

But because I didn’t join the effort to destroy Trump, I was considered to be a conservative fraud. And, believe me, the Never Trumper conservative coalition, it’s still alive, and it’s still functioning, and they are bitter today, almost as bitter as the Democrats that Ossoff lost. Because, to them, it’s all about Trump, and Trump is just the worst thing that’s ever happened to America, to conservatism, to American politics, to civility, to everything, comity, crossing the aisle, to the establishment, you name it.

And because I did not join in that, I have been summarily sent to the firing squad, the literary firing squad and shot thousands of words at me. But that’s okay. It’s still your observation that what happens here is not so much right wing as it is centrist, ’cause what really happens here and what has always happened on this program, from day one, this program has targeted liberalism and all of its offshoots as the greatest threat to America as founded.

And so that has been the focus here. And I’m not denying I’ve espoused and promoted conservatism at the same time, because conservatism’s the alternative. And conservatism works every time it’s tried. That’s the problem. It really hasn’t been tried. Even people claiming to be conservative, when it comes time to actually do it, chicken out.