RUSH: “Ukrainian President Petro Poroshenko said that President Trump reminds him of President Ronald Reagan at the close of the Cold War. Poroshenko, who met with Trump and Vice President Pence Tuesday, said Reagan ended the Cold War without a single gunshot. 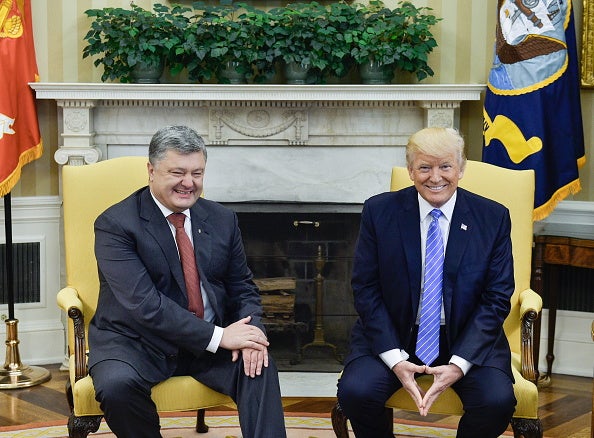 “He said Trump can similarly bring peace to Ukraine in its conflict with Russia without shedding blood. ‘The real leader, the charismatic person can bring peace to my land, the same way Reagan [brought] victory in [the] Cold War without one single shot,’ Poroshenko said. He added that he is excited to make deals with Pennsylvania and Louisiana interests to import American coal and petroleum.”

This guy loves Trump, is the bottom line. Petro Poroshenko from Ukraine loves Trump. He thinks Trump is great. He loved meeting Trump, he loved talking with Trump, and they struck a deal for America, Pennsylvania, Louisiana, to export coal and petroleum. This is not gonna make Putin happy. All these clowns out there saying Trump’s in bed with Putin politically. It’s the other way around.