RUSH: Okay. Got a long shot request here. I’m probably gonna bomb out on it, but I’ve explored every other way I know, and I can’t find it. If any of you out there are running the public beta version of iOS 11, it was released yesterday. Not the developer version; developers are on beta 2. If you’re running the public beta version, beta 1, iOS 11, would you please call Mr. Snerdley and tell him what the version number is? If you don’t know, we will tell you where to find it after you call Snerdley. I need to know this number, and I can’t find it anywhere.

RUSH: What I meant was the build number. The build number of iOS 11 public beta 1, not the developer beta, it’s the number 2. I can’t find it anywhere. I’ve looked at every blog story on the release of the public beta, but I can’t find the build number. No, it matters. It matters to me. It’ll help me understand when beta 3 is coming, is what I’m trying to figure out here, which I wish was today. I was so depressed when they released public beta 1 yesterday. That meant we’re not gonna get beta 3 ’til after the Fourth of July and I need beta 3.

I was hoping that beta 3 would come like Thursday or Friday and that that would be public beta 1. But that’s not gonna happen now since public beta 1 came yesterday. If I can find the build number, though, for beta 1, if it’s different from developer beta 2, then I might have something to look forward to. And I have looked at I can’t tell you how many different blog entries and I can’t find it. So if any of you happen to be running iOS 11 beta 1 and if you don’t know where to find the version number, the build number, just call Snerdley at 800-282-2882 and we’ll walk you through where to find it.

I know the chances of this are practically nil, people being able to get through here and then I’ve gotta instruct Snerdley where to find it at the same time. Very seldom do I do this. I never, ever, very rarely do I use the program for personal reasons like this. But, this is a case of drastic action being needed.

RUSH: You got a build number? (interruption) Okay, hang on just a second. You got somebody running public beta number 1? All right. Hang on, let me check something here real quick. Let me compare this. Damn it. Damn it. Damn it. Same number. All right, screw it. That means I’m screwed. Well, it doesn’t mean I’m screwed, it just means I’m disappointed. Don’t make me explain this. I was hoping that the net number would be like 310 or 308, a higher number meaning that beta 3 for developers, which is what I’m running, would be imminent this week. 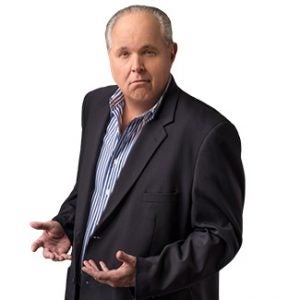 But it doesn’t mean that so now we’re not gonna get beta 3 ’til after the Fourth of July, which means I’m gonna be depressed until after the Fourth of July, because beta 2’s got a flaw in it that matters to me and it’s not gonna get fixed until beta 3. See, are you sorry you brought this up? Nobody cares about this. This is my own private little — I haven’t told you enough to be fascinated by this.

I’ve told you just enough to make people think I’m crazy about this stuff. Okay. Here are the details. No, no, I’m not gonna get into details on this. The Stick-to-the-Issues Crowd will explode, especially with all the issues out there. So let me just stick with the CNN thing. I appreciate that you got the number. I’m depressed that you got the number. Did you get the name and address of the guy? All right. Okay.

RUSH: As a “thank-you” to all of you who are running iOS beta 1 — the public beta — for calling in and answering what I needed today, I’m gonna have a little tip for you tomorrow that will show you some of the great augmented reality that’s coming that you can do now on your iPhone or iPad with iOS 11. Hang in for that tomorrow.