RUSH: John in Salt Lake City, you are next. Welcome to the program. Hi.

CALLER: Well, thanks for bringing me aboard again, Rush.

CALLER: I’m sitting here looking at that McConnell rushing, you know, Swampcare 2.0 back to the CBO and trying to get the numbers and I’m sitting here scratching my head because the CBO numbers, well, they’ve never been predictive. You know, every time the real-life numbers come in, everybody’s like surprised and they’re never what they expected, and yet they keep running to the CBO like their numbers are a settled accounting, so to speak.

CALLER: Well, but I’m just starting to wonder if the people at the IPCC aren’t working over at the CBO.

CALLER: I mean, it’s like climate science for accounting.

RUSH: Look, here’s the flaw with the CBO, among many. There are many flaws. The CBO could only deal with data it is given. So people that write legislation oftentimes write it to get past the CBO for one reason or another in either a disguise or end run around or whatever. But the problem with the CBO is they cannot and do not — they don’t even try — figure or predict the costs based on what the legislation will cause in terms of the way people live. For example, if the CBO sees a bill that’s going to cut taxes by 10%, the CBO will automatically conclude the government is down 10% in total revenue.

A 10% tax cut in the CBO world means the government law schools 10% of its annual income, budget, tax rate, whatever. Well, that’s farcical. It’s not a zero-sum game. Life isn’t a zero-sum game, and tax increases or tax rate cuts affect the way people live and earn income and pay taxes. There’s nothing static about them. But that’s the only way they can score it. So it’s never accurate. That’s what you were leading up to. The CBO’s numbers are never accurate. But that doesn’t matter. It’s Washington. It doesn’t have to be accurate. That’s not what Washington’s about.

The CBO is part of an intricate web that has been woven that is designed to be an obstacle to Republican ideas and greased lightning for Democrat ideas, while everybody claims it’s nonpartisan. But that’s not possible. It simply isn’t nonpartisan, and it can’t be. Now, McConnell resubmitting this? He may be doing exactly what I theorized, which many of you continue to pooh-pooh, claiming he’s not that strategic, he’s not that smart, he doesn’t have the ability to take what they did… They have to furnish their math.

CBO has to tell you how they arrived at their conclusions. So my theory is McConnell is looking at this and rewriting a new health care bill designed to pass the CBO. Other learned commentators have acknowledged this is possible. Many people think McConnell is not nearly… “He doesn’t even care enough about it to get this intricate.” We shall see. What’s problem with most legislation today — and I would even include Trump in this. This health care bill, folks, you know what the objective is now? To get a bill passed.

“Getting a bill passed” means, “We have done it! We’ve done something. We’ve repealed Obamacare,” even though it won’t be a repeal Obamacare. It’s gonna be a new health care bill that tinkers around the edges. It’s not gonna repeal and replace anything and it’s not gonna replace anything, but they’re gonna say that it does, and they’ll be signing ceremonies and bands and little otters will be released back to their native habitat. It be a giant, giant party. Nothing is really changing because the Republicans don’t really want to repeal it. That’s a problem with too much legislation today. It’s become an end unto itself.

Before I go to the break, I’ve gotta get this in. Grab sound bite 13. We keep adding to this montage, and I want to show you the latest edition. I want you to hear it, ’cause now it’s out there that Trump is gonna get journalists killed, right? Trump is gonna make it possible that people in war-torn areas are gonna fire on journalists because Trump is making it look like it’s okay.

Trump is endangering journalists. Calling journalists the enemy of the American people, it’s bad, it’s gonna promote violence and all this. Yet it’s actually Republicans being shot, and Trump is a piker! Trump is not suggested that anything the Democrats do is gonna kill people. Trump is not suggesting what the media is doing is gonna kill people. But listen to Democrats talking about the Republican health care bill.

BERNIE SANDERS: (echo) The truth is that if this legislation were to pass thousands of our fellow Americans will die.

NANCY PELOSI: We do know that many more people, millions, uh, hundreds of thousands of people will die.

JOHN HICKENLOOPER: Over 100,000 deaths over the next ten years.

JACKIE SPEIER: (rotunda noise) You will not get that health care and you will likely die.

SHEILA JACKSON LEE: The chronically ill will suffer and many will die. 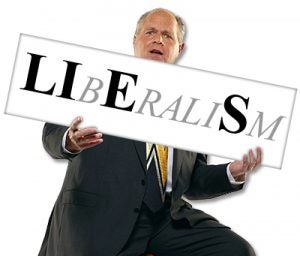 RICHARD BLUMENTHAL: (echo) The Republican plan would cost lives; it would kill people.

JEANNE SHAHEEN: (echo) …would cost who knows how many lives.

ZEKE EMANUEL: It’s kind of like a neutron bomb. It kills all the people.

RUSH: The second-to-last voice — “It’s kind of like a neutron bomb. It kills all the people” — was Zeke Emanuel. That was Rahm Emanuel’s brother. That’s the guy that worked on Obamacare. Now, you start talking… This is a lot of Democrats accusing the Republicans of murder, and where is the complaint? Where is the media complaining about the lack of civility? “How dare they speak this way? Kill people?” No. The media is carrying the message. The media is formulating the message, and this is the kind of stuff that ends up with Republicans being shot at! And here’s Trump being raked over the coals for a bunch of words. There’s just a very, very big missing sense of proportion in all of this.