RUSH: Trump’s upset with this eight days business. Trump… They’re trying to really hurry this health care revival, and I’m gonna tell you something about that. There’s a story in the Stack here says that Pence has taken over the directorship — the energy behind, the movement — of the health care bill from Paul Ryan. Nothing conspiratorial about it. It’s just that Pence has now adopted it, taken over, and is the force behind it.

I think is that the vice president has been involved in this at a very high level from the get-go, and I don’t think it’s anything different that he’s involved in it now. It’s good that Pence is involved in this. So don’t anybody misunderstand. But they’re trying to push this and get something done here quickly, and Trump is deriding them for only working eight days in April and is trying to push them into a little bit more effort than eight days. So we’ll have to see. 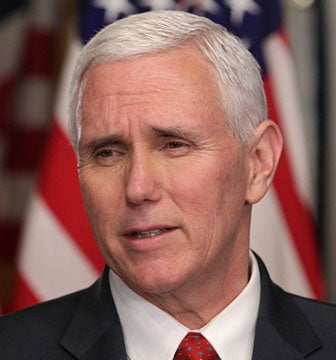 Congress is gonna work eight days this month, a grand total of eight days.  “The House Rules Committee will meet later in the day to consider an amendment offered by two House members to create a new risk-sharing fund for the seriously ill, House Speaker Paul Ryan told reporters at a news conference” today. But the point of this story is that Trump is goosing ’em.  The other part of the story is that Ryan is taking a backseat to Pence in this latest Obamacare effort. I don’t think that’s anything really new.  I think Mike Pence is one of the prime movers and shakers on this.  I think he’s been actively involved.  And if that’s the case, you can be fairly confident…

I mean, Mike Pence? You’re not gonna find, in this bunch, a more qualified and committed conservative to these kinds of issues.