RUSH: Trump had a tweet today that he had a great phone call last night with the ChiCom president. If what happened in this tweet is true about mutual cooperation on economic matters, Trump will have done more in one meeting with this guy than Obama did in eight years. It’s astounding.

Had a very good call last night with the President of China concerning the menace of North Korea.

RUSH: North Korea? (interruption) Come on. How could the Norks precipitate a world war? 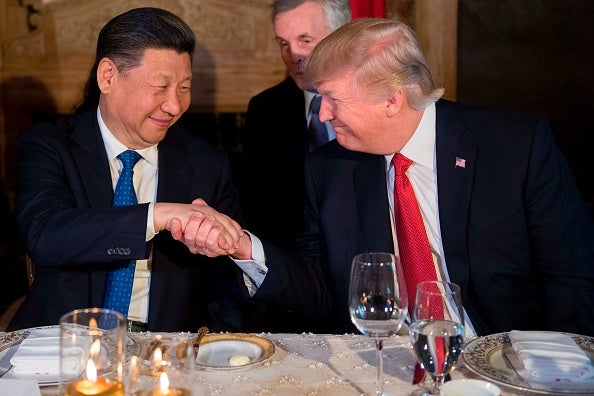 China is not going to risk their massive economic growth and the advantage they think they are gaining over — they’re not gonna risk any of this by taking action in defense of the Norks that would result in a genuine world war. Nobody is that dumb. That just isn’t gonna happen. The Chinese are not — I mean they may be predisposed to defending the Norks, but, if it really comes to a shooting war, the Norks can’t last a day if that happens.

The Norks can’t last 20 minutes if that happens. And the ChiComs are not gonna hit us. I guarantee you if there’s action taken against the Norks we probably wouldn’t even do it without assurances and an agreement with the ChiComs for the aftermath and the divvying up and so forth. That scenario, the Norks leading to a world war, is not something I foresee. But, again, I don’t work at a big Washington think tank, so you have to take what I say with a grain of salt.