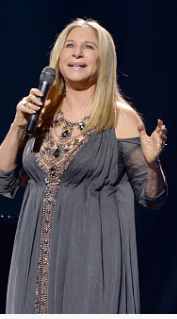 RUSH: “Barbra Streisand tweeted that President Donald Trump is causing her to gain weight. She said she starts the day with ‘liquids’ but turns to ‘pancakes smothered in maple syrup’ after watching the morning news.”

She tweeted: “Donald Trump is making me gain weight. I start the day with liquids, but after the morning news, I eat pancakes smothered in maple syrup!”

She thinks people are gonna blame Trump for that. What, does Trump go over to your house, grab the Aunt Jemima recipe there and start baking up the pancakes for you, then goes and grabs the syrup out of the closet and pours it on your pancakes? Is that how it happened?