What to Make of James Comey?

“The FBI director asked the Justice Department this weekend to publicly reject Trump’s assertion that Obama ordered the tapping of Trump’s phones. Comey has argued that the ‘highly charged claim’ is false and must be corrected … but the DOJ has not yet released any such statement. … Comey, who made the request on Saturday after Mr. Trump leveled his allegation on Twitter, has been working to get the Justice Department to knock down the claim because it falsely insinuates that the FBI broke the law.”

Wait a minute. Didn’t we just have a week’s worth of media outrage at the untrue report that Reince Priebus had requested the FBI to knock down a story? That was the false New York Times story about continual contact with the Russians. We were told, it’s not the FBI’s job to knock down stories. And yet here comes Comey asking, as the FBI director, to knock down a story. Another great example of the hypocrisy these people get away with. 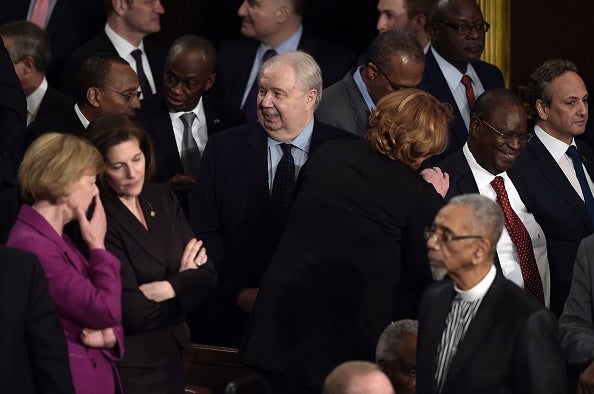 Well… how would Comey know. People would assume that Comey would know because, if Obama’s ordering it, then it has to be somebody that has wiretap authority. How do you get wiretap authority? How do you get it? Well, the NSA can’t surveil American citizens. You gotta go to the FISA court again for this. Well, no, they can’t. They can surveil the Russian ambassador and over here Mike Flynn talking to him and then they can type up a partial transcript and make it look like Flynn is talking sanctions when he’s not. Flynn is not technically being wiretapped. That fat Russian ambassador is.

This guy is everywhere. This guy’s at the floor in the House during Trump’s joint speech. He’s at Pelosi’s office. He’s at the White House 22 times meeting Obama. This guy’s in there as much as Robert Creamer was in there, you know, plotting all these protesters showing up at Trump rallies.