Why Nobody But Me Opposed Obama in 2009

RUSH: I want to grab Smokey. Coronado, California. Great to have you. You’re up first today, Smokey. How are you?

CALLER: Oh, thanks, Rush. This morning I was just fumbling around trying to decide if I should have a cigar, and it dawned on me that, you know, this deep state — this tangled web of bureaucrats and so forth and people that are trying to stop Trump — you know, it’s rampant and it’s widespread. Interestingly, if you go back eight years ago to 2009 when Obama was taking over, there was very, very little opposition. And perhaps… You know, I don’t want to make you a part of the deep state because you weren’t deep.

You know, you were out there. But you opposed or you spoke out against Obama, saying that you hoped that he would not be successful for reasons that a lot of us conservatives understood. But you were the essential deep state of 2009, and nobody else was. And it’s really interesting that we don’t… As conservatives, we’re just not as good at some of this undercover, dirty football that the libs can pull off.

RUSH: Well, the first thing I have to ask you is… You know, I’m a cigar lover myself. So you got up today; you’re thinking about cigars. What does cigars have to do with the story? Anything at all? Did the cigar help jog your memory about this, or did you just throw that in there as an added element? 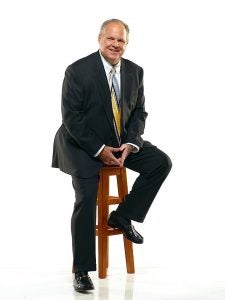 RUSH: It’s okay. I have my first cigar of the day when I get here. If it’s eight o’clock in the morning — and my favorite one. I don’t do this, “Start mild and build up strong for after dinner.” If you have your favorite cigar, you smoke it every time.

CALLER: I do the same thing, Rush.

RUSH: All right. There you go. In fact, cigars are a huge part of the Ernie Els for Autism. I mean, the cigar makers are there, too, and they got cigar comfort stations every three holes where you can choose whatever you want. Folks, if you wanted a Bloody Mary on the first tee yesterday, it was there. I, of course, do not do so during golf, but you can. It was just… It’s all fun. Look, your point… You know, he’s right. If you go back to 2009, I even said that my hope was that Obama’s policies would fail on January 16th. This is a week before he was inaugurated.

There wasn’t any opposition to Obama to speak of because of fear, Smokey — and the fear was palpable, and the fear was of race. I mean, here we had the first African-American elected president in the history of the country. I guarantee you, even if they had no fear, there was no way the Republican Party was going to publicly, vividly oppose anything, particularly right off the bat and right out of the box. And Obama and the Democrats knew it, and that’s why…

They had that stimulus bill written and ready to go on January 9th. Two weeks, essentially — a week and a half — before Obama was inaugurated. They had it on his desk his first day in office. You contrast that with any Republican. They’ve supposedly been working on repeal and replace of Obamacare since Obamacare, since 2010. And it was just last week that we had the bill presented, and it wasn’t anything like the six repeal bills that they sent to Obama that he vetoed.

Look, the Republicans are not made out of the same stuff Democrats are. I mean, Democrats are born to use government, to take it over, to wield its various levers of power to their benefit. Republicans, conservatives, they’re not… We’re not… We don’t even think of government that way. We want to get it to be as invisible as it can and still function. But there’s more to it than that too. I just have run out of time here. But I promise you, Smokey, I’m gonna answer this in full detail when we get back.

RUSH: Now, I’m thinking back. Our first call, Smokey referred to me as an early example of the deep state, and I know what he meant, but I’m in no way the deep state. I’m not in the state. I have no power whatsoever. I’m not an embed anywhere. I don’t have a job, never have had a job in the bureaucracy. I’m not hidden or visible anywhere there, and, as such, I don’t have any official Washington power which members of the deep state do, obviously. But what he meant was that I was at the time… You go back to January of 2009, actually, when Obama was inaugurated.

Folks, nobody (nobody but nobody) wanted to speak out. It’s too risky. The assumptions were that the nation was feeling this new glow of — I don’t know — contentment, happiness, really liking itself because we had just overcome racism. That’s right! We had just erased it. In one election, we had just swept it away by virtue of the election of Barack Hussein Obama. And it didn’t matter what the guy was gonna do. Nobody cared… Well, you cared. I’m talking about publicly. On the Republican side, so-called conservative media, nobody — nobody — wanted to speak out.

They didn’t see any value in it. They thought to do so was to be seen as nothing more than a contrarian and that you wouldn’t be taken seriously. You know, I don’t care anything about that. My attitude was, “Yeah, it was historic, but you get past that in a couple of days. And then after that he becomes president and he has genuine ideas and he has incredible policy suggestions,” and I disagreed with every one of them. “Are we just supposed to stand aside, let him have what he wants because of the historical nature?”

I just… I never looked at it that way, and I don’t care that they started throwing around this label of racist, ’cause that happened within six weeks of this show starting in 1988. I’ve never been accused of hating anybody or being a racist or anything until this show, and six weeks into it — Bammo! — I’m all of those things, and I knew that it didn’t matter. Whatever I said to the contrary, I was still gonna have those labels attached, so why not just be honest? But there wasn’t any energy for that in the Republican Party. They were feeling full-fledged defeated, folks.

They were down in the dumps. They lost the House, they lost the Senate, George W. Bush’s approval rating was in the thirties. I mean, they had had their just ideal, exquisite establishment candidate, and the media and the Democrats had driven his approval numbers down to 30, and the Republican Party was a defeated mass. So there was no outspokenness, no disagreement whatsoever for at least the first year. And the disagreement, the opposition finally began to surface with Obamacare. There were pockets of it. But, I mean, the Republican Party as a political entity began to finally push back.

They couldn’t do anything about it, but they began to push back with the Obamacare debate, which actually, you know, was 2009 and signed into law in 2010. The Democrats have learned how to use government by infecting and polluting government to turn all of government into the implementation process of their agenda. Our agenda is to unwind all that, unpack it, and reduce the federal government in size and scope and intrusiveness. We don’t seek to use government as a method of advancing our agenda because our agenda does not involve…

Well, it used to not. You know modern conservatism? You go back to the middle of the Obama years and I can point you to editorials in the Weekly Standard, for example (Bill Kristol’s magazine), and David Brooks (supposed conservative at the New York Times) and they were talking about, “You know, the American people have spoken. The American people want Big Government,” and as conservatives, they were prepared to give people what they want. The difference was in their mind was:

“The American people want Big Government, and they want an active, engaged executive,” meaning president (intellectuals never say president; they say executive), “doing smart things. They want somebody smart administering a Big Government. They want somebody competent administering it.” They were ready to throw in the towel on the big-versus-small government argument. And we’ve never thrown in the towel on that, me and my fellow conservative brethren and sisteren in the media — and, of course, all of you.