RUSH: So you know what the media soap opera script for today is? It is get rid of Devin Nunes, the chairman of the House Intel Committee. Now, I know this may get tiresome to some people, and I know that I oftentimes have to caution you that it requires repetition to really indel a point into people’s minds. But I cannot help but play the old game, what if this was Obama in this entire Devin Nunes and Russia and Trump intel story? For instance. Well, okay, let me set the table.

The Democrats want Nunes to recuse himself from the House Intelligence Committee. He’s the chairman. They want him to go because they think, because he went to the White House the day before he shared some intel data with Trump, that he was up there colluding with Trump, even though he’s denied it. Even though what he did was no big deal whatsoever, they’re trying to scandalize all Republican behavior and they want him to recuse himself, and they’re mounting pressure on Nunes to do this.

He says he’s not gonna do it, thank goodness. The Republicans have become known as the recusal party, so I’m glad that Nunes is hanging tough. But what if this were Obama? For instance, what if there was evidence that the Bush administration had sicced the FBI on the Obama campaign in 2008? Take everything that’s happened, move it to 2008 and change the players and we learn that George W. Bush had called up his buddies at the FBI and told them to start gathering information, wiretaps, whatever, intercepts on the Obama campaign and then the Obama transition.

And what if the Bush FBI and the Bush NSA had incidentally monitored the phone calls of Obama’s aides and even Obama himself? Meaning, what if the Bush people had targeted foreign bad actors and those bad actors happened to be in touch with members of the Obama transition tame, as is always the case, and so incidentally the Bush team picked up intel on some of the Obama people, for instance, like Eric Holder, who was going to be attorney general. Or if they had been spying on James Clapper, who was gonna head up the office of national intelligence. 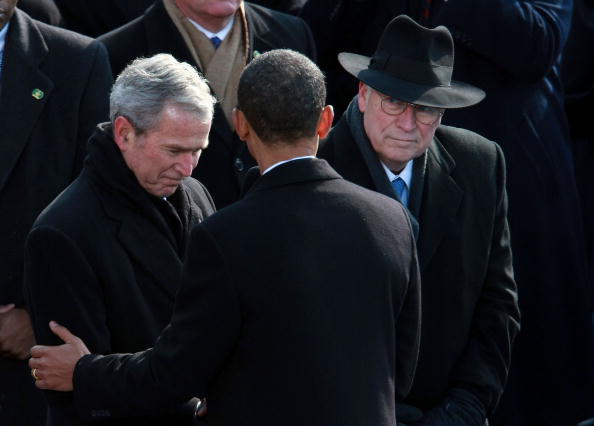 What if — let’s keep going — what if the head of the House committee investigating all of this were to come up with further evidence of this monitoring and this illegal unmasking and went up to Obama and then to the press with his news?

If all of this had happened in 2008 to Barack Obama, it would have been 100 times bigger than Watergate. It’s the only way to look at this. These people are literally out of their minds with hatred and opposition and disgust.

RUSH: Hey, one more question on the what-if game. What if there was intel that Donald Trump had been working with Reince Priebus to screw Ted Cruz and Jeb Bush out of the nomination? You know, you can barely find that story, it happened on the Democrat side. Hillary Clinton, Debbie “Blabbermouth” Schultz ran a scam to deny Bernie Sanders the Democrat nomination. The hacks, the Podesta emails, prove it, they’ve never denied it. I don’t even think they’ve apologized to Crazy Bernie.

Imagine if somebody discovered that Trump had worked with Priebus to do that on the Republican side. You wouldn’t stop hearing about. Those two stories would be all over the news bigger than Watergate ever was. This is one of the biggest examples of media sleight of hand, this whole Trump-Russia thing, that I have ever seen.